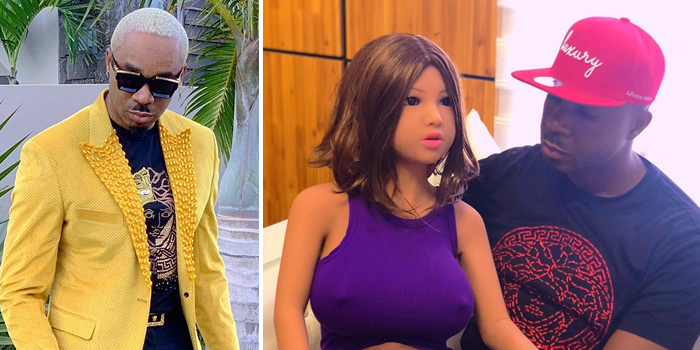 My Mom supports me having a sex doll – Pretty Mike

Controversial Lagos big boy, Pretty Mike, has revealed that his mother is in support of him having a sex doll.

The news of Pretty Mike owning a sex doll came as a cultural shock to many late last year, as he tagged the doll a comforter, companion and someone that never disappoints.

During a chat with newsmen, Saturday Beats, he has revealed that his mother was supportive of all his actions. He said;

“My mother has always known that I am a peculiar kid and I am an entertainer who never plays with his entertainment business. So for her, she is very supportive. My mother is very supportive of anything I want to do, including having a sex doll because for her everything is always like phase with me. She would tell her friends that I am an adult irrespective of what I say and how I say it and she is not going to come to my house every day or be in my bedroom every night.

“So she believes that everything I do is a phase that would not last forever. It could be for a short period of time. That is her belief. She always feels that I would get tired of it and that is how she sees most of these things. I am very fond of my mother.”

‘Even If I Loose Elections, I Already Have A Job Since Buhari Has Won’ — El-Rufai

The unnamed rapist in my book is Pretty Mike – Olutimehin Adegbeye