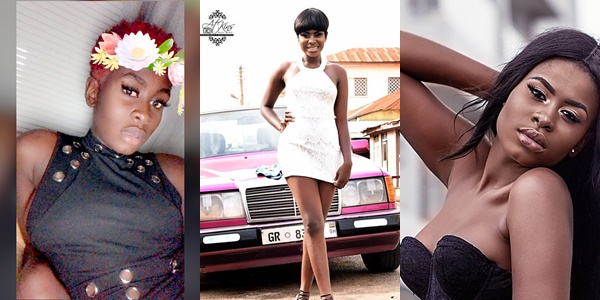 “If You Are Not Driving A Tear Rubber Car, Don’t Approach Me” – Ghanaian Teen Actress

Yaa Jackson has disclosed that now she will only pay attention to guys driving brand new cars.

She says she’s no longer interested in those who are driving second-hand cars, so we bet you can imagine the fate of those who don’t even own a car at all.

Yaa Jackson, who is just about 19 years old made this revelation in a video she posted on her Instagram account.

The teen actress who started acting about the same time with Maame Serwaa has also ventured into music and even has her first single out.

Read also: I stopped being Toyin Abraham’s friend after she slapped me –Wumi Toriola reveals why relationship went south

Wearing a shirt with its buttons opened, exposing parts of her round b000bs, the actress disclosed that, this time around girls like herself are no longer interested in dating broke guys, so if any guy wants to date her, the person should be ready to buy her brand new clothes and must drive a brand new car.