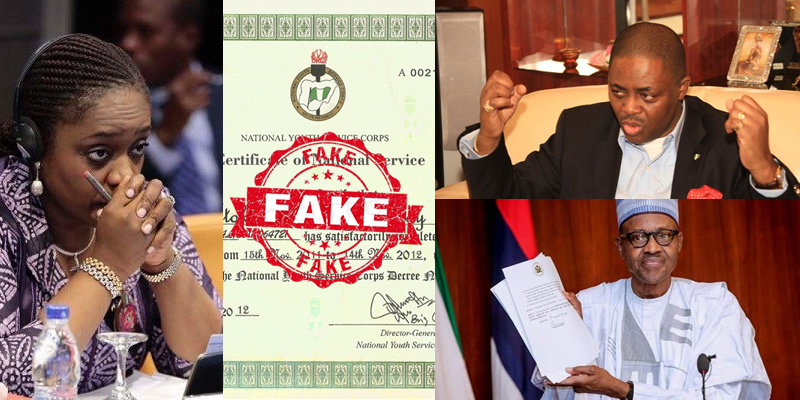 FFK further criticized President Muhammadu Buhari for appointing Adeosun whom he suggested was not fit for the job.

Fani-Kayode said these via his Twitter handle on Saturday.

“Only a primitive and savage cow-loving herdsman can appoint a low class cockney-accented peasant from the slums of East-End London and a barely-educated misfit with a forged NYSC certificate as Minister of Finance.

“No wonder we are in a recession! Its time for Kemi Adeosun to resign!, he tweeted.