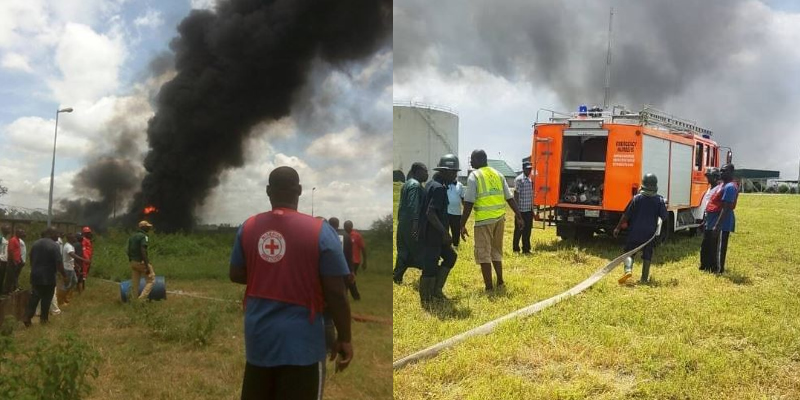 According to reports, the fire was as a result of leakages from the pipes from the Depot which was noticed on Saturday night before some black marketers stormed the area and started scooping fuel from the leaking pipes which later caught fire.

No loss of life was however recorded as security Agents including the Police, Civil Defence and Niger State Emergency Agency, (NSEMA) were all at hand to spread to the main Depot and also kept the miscreants away from further scooping.

Director General, Niger State Emergency Agency (NSEMA), Ahmed Ibrahim Inga while speaking with Journalists said,”we thank God everything has returned to nomalcy. Thank God that we alerted people quickly and we were able to arrest the situation and that was why there are no casualties and we have also started evacuation and things are going on well”. 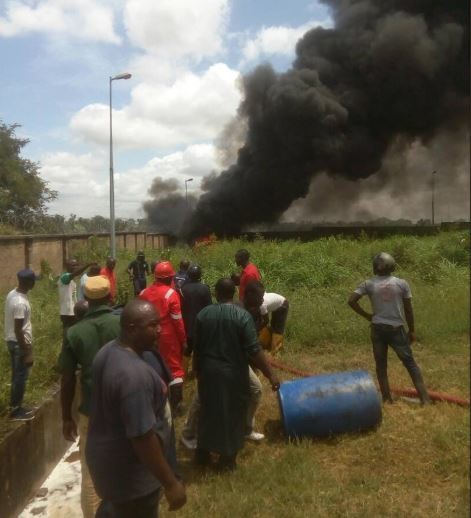 According to him, “there are no casualties for now, we are just trying to see that the fire goes down totally and then our men will go round to access what the situation is. The scooping of fuel by hoodlums actually took place in the tank farm where the leakage started from but not as a result of bunkering”. 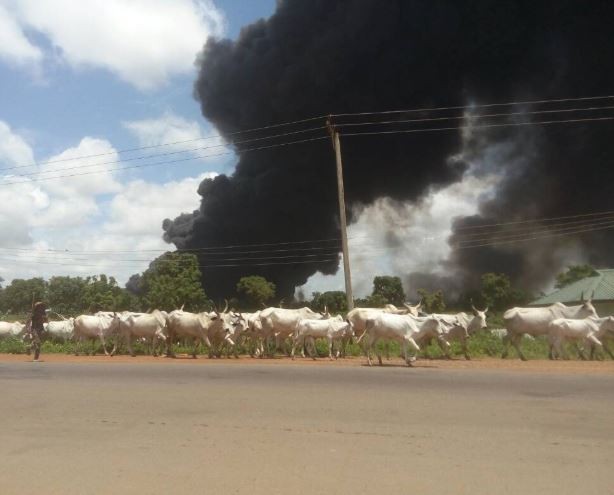