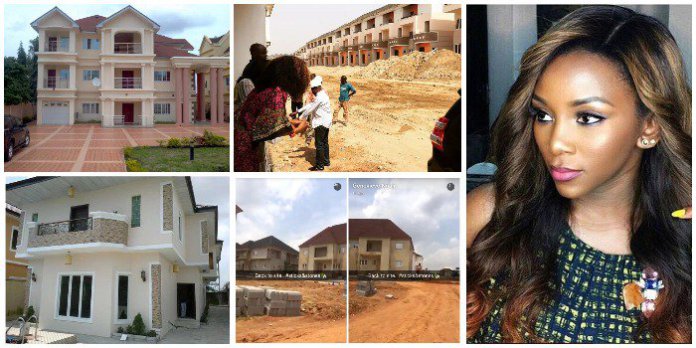 As you probably know, acting is a lucrative career. Today, we’ll show you Genevieve Nnaji’s house or rather multiple houses, as the actress has quite a few of them. Check out the pictures of her mansions and try not to drop your jaw in amazement.

One of the grandest purchases of Genevieve Nnaji in recent years was the acquisition of a fantastic mansion in Park View Estate, Ikoyi. According to yours truly, the house cost the actress the whopping ₦220 million. She bought it back in 2013 and has been living there ever since.

For the longest time, nobody has even suspected that Nnaji bought a house. Apparently, she wanted to avoid unnecessary media exposure before she dealt with renovations and furnishing. She is still not very fond of sharing any photos of her home (for privacy reasons), so this is pretty much all we could find.

Now, when we talk about Genevieve’s house in Lekki, we mean the house that she bought for her parents. A few years ago, she made her folks very happy by getting them a new home. The family had previously lived in Egbeda for a long time, but the actress was able to relocate them to Lekki, the high-brow area of Lagos.

“Stop choking and sleeping with celebrities”- BBNaija’s Khloe to…