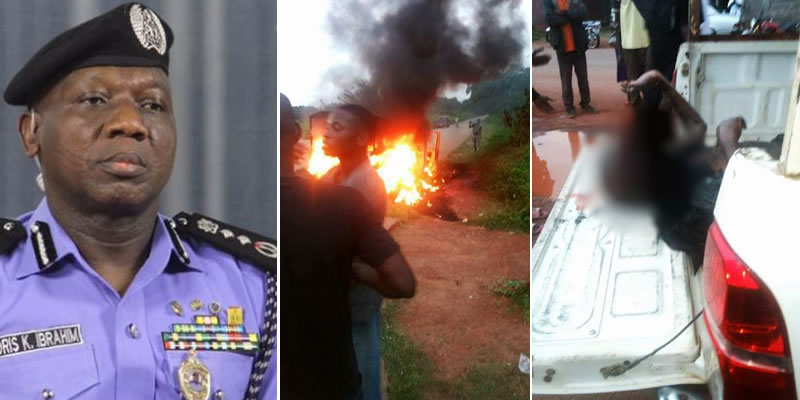 Give us information on killers of policemen in Edo, Abuja and get N5 million — IG Idris

Ibrahim Idris, the Inspector General of Police, has offered a N5 million reward for information on the killers of seven policemen in the Federal Capital Territory on July 2 and the murder of four cops in Edo State on July 14.

Recall that gunmen shot dead seven policemen who were on patrol along the Nnamdi Azikiwe Road, Federal Capital Territory, Abuja, two weeks ago and another four Policemen have been killed at a check point in Edo State Yesterday.

The IG urged anyone with useful tips to come forward, stating that any information given would be treated with strict confidentiality.

The seven policemen were on routine ‘stop and search’ duty when unknown gunmen attacked and killed them, taking away some of their firearms. Five suspects have, however, been apprehended in connection with the incident.

The latest killing of policemen reportedly occurred in Sabon Gida, Ora, in Edo State last Saturday where four policemen were shot dead and their patrol vehicles razed by suspected criminals.

The force spokesman, acting DCP, Jimoh Moshood, in a statement in Abuja on Monday, explained that police detectives needed credible information from the public to arrest the killers.

He said, “In order to arrest the other suspects still at large in the first incident, the Force is desirous of more credible information from the public, and hereby pledges a reward of N5m to any member of the public that provides useful information that leads to the arrest of the remaining perpetrators of the ambush attack and killing of seven policemen in Abuja or the recent ambush and killing of four policemen on patrol at Sabon Gida, Ora, in Edo State on July 14, 2018.”

“The Force wishes to assure that the informant will be protected and his/her identity secured,” the police added.

The statement said the IG had also ordered Commissioners of Police and their supervising Assistant Inspectors-General of Police to beef up security in their Areas of Responsibilities.

They were equally mandated to embark on massive raids of criminal hideouts and flashpoints across the country to forestall any further attack.

“The IG further placed the Commissioners of Police and police personnel nationwide on red alert and directs 24 hours crime prevention and visibility patrol of flash and vulnerable points in their jurisdictions,” the force said.

The police spokesman revealed that the IG had directed the prompt payment of the entitlements of the deceased officers.