The Vice-Chancellor of the University of Lagos, Prof Oluwatoyin Ogundipe has urged one Joy Nwanna, a former student, and popular blogger, Linda Ikeji, to appear before its sexual harassment panel.

The Vice-Chancellor, who made the appeal Monday at the Senate chambers in Abuja, said the appearance of Linda Ikeji and Joy Nwanna would help the Prof Chioma Agonmo-led panel to unravel Joy’s allegations of sexual harassment against Prof Segun Awonusi of the university’s English department.

He assured them of protection should they come forward.

In May, Linda Ikeji featured a post of semi-nude photographs of Awonusi sent by Nwanna who accused him and others in the university’s English department of sexual harassment. 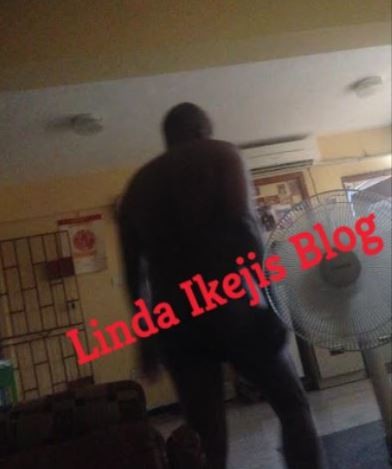 In investigating the matter, Prof Ogundipe said the five-member panel dug into contacts from Miss Nwanna’s student records and tried reaching out to her and her next of kin but met a brick wall.

READ: Linda Ikeji was a ‘Mumu’, I advised her to get pregnant – Charlyboy

“Her sponsor is known as Idighisai Grace. The phone number is 07033543627. We got in touch but it was another person that responded.

“This particular individual had different personalities. If she is ready to attend to the request of the panel, we will give her necessary cover.

“And even Linda Ikeji, who is an alumnus, we are appealing that as a proud alumnus of this university, she should assist this university to get to the bottom of this issue so that the name of the University will not be ridiculed.

“The email address she used to getting across to Awonusi, we sent a mail but got no reply.”

The VC said Awonusi on his part had appeared before the panel twice.

“Awonusi submitted a written report; the committee looked at the report. He submitted the email she sent to him and appeared before the panel twice,” he said.

Unfortunately, Ogundipe said the panel got no response from any other students regarding the sexual harassment case.

“The panel called on other students who had information about the case or others to come forward but nobody came forward,” he said.

Ogundipe said the University would not rule out using law enforcement agencies to trace Nwanna.

The VC urged members of the public with relevant information on the victim to help the University with the investigation.