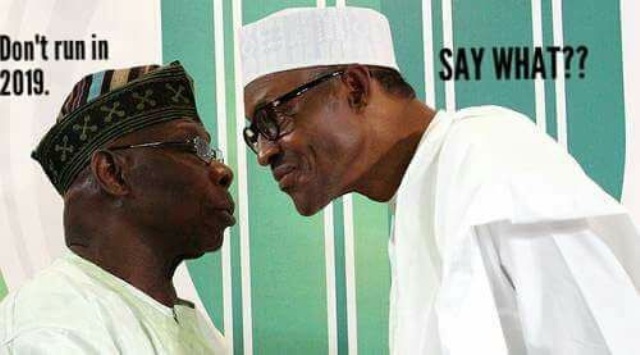 Former President Olusegun Obasanjo has again attacked the Federal Government, stating that the President Muhammadu Buhari administration is incompetent and incapable of addressing the killings and poverty in the country.

Obasanjo yesterday attacked President Muhmmadu Buhari again over the spate of killings in the country. He argued that the administration was confused and had reached the end of its tether while the nation was being left perilously to drif

He spoke in an address read on his behalf by former Osun State Governor Olagunsoye Oyinlola at the National Summit on Insecurity and killings in Nigeria, organised by the Northern Elders Forum, Afenifere, Ohanaeze Ndigbo and Pan Niger Delta Forum in Abuja.

Without offering solutions to the killings, Obasanjo said the government had been “giving one unrighteous and unacceptable justification after the other.”

Obasanjo said: “The obvious indication is that the government is seemingly confused and has got to the end of its tether and the nation is being left divisively and perilously to drift.

“Earlier last week, I noted in a speech some undesirable elements being allowed and being introduced to our democracy by this Administration. If these are not stopped, they could be the death knell of our democracy.”

he added: “People are not ready to give up in despair and leave their fate and their present and future in the hands of inept leadership for their lives to be ruined. I see common concern across the nation irrespective of tribe, religion, language and social standing that the situation should be retrieved and the nation should be saved,” he stated.

Clark attacked governors who he accused of hijacking power to themselves.

He said Nigerians are living in poverty, corruption and inequality, adding that governors who hitherto had no class had created one for themselves.

READ: Dino Melaye’s projects burnt down on day of commission in Lokoja

He said: “Even military governors were more liberal than the governors you have today who only think about themselves and not the people. If we keep silent, a revolution is coming, if we fail to take quality decisions, our children will not forgive us. I don’t care who becomes the president as long as he is competent.”

Former Chief of Staff to the Senate President Mr. Hakeem Baba-Ahmed, called for the retooling of the nation’s security infrastructure which he said must be completely rebuilt on a new philosophy, structure and commitment to security as the prime function of the state.

Mimiko called for urgent action against the killings, warning that the situation might get out of hand, noting that some victims believed they were been attacked on the grounds of their ethnicity, religion and class.

He disagreed with the opinion that state police could address the bloodshed, noting that only Lagos State could afford to fund its police force.

“Is it a state that cannot pay teachers that would pay policemen? Do you know the cost of a gun? only Lagos is ready to fund state police.”.

The communique of the summit, signed by Clark, Abdullahi, Adebanjo and Nwodo said: “In the eyes of many affected communities, there appears to be palpable government complicity in the killings. These killings claimed 3,500 lives in 2017, a figure that could be much higher in 2018.”

On the economy, the summit noted with dismay what ut described as “mismanagement” and expressed concern that the nation had been adjudged to be more corrupt than it was in 2015 by the Transparency International.

The summit resolved to insist on the emergence of “a visionary and dynamic leadership which will deal with our security and economic challenges and ensure good governance in the country.”

It demanded the revamping of the security architecture, removal of killers from the communities they have occupied and return of same to their rightful owners who now live in camps.

The elder statesmen said they would strive to reach a consensus on the positions of the various Nigerian communities and arrive at an agreed template in the issue of federalism and restructuring.