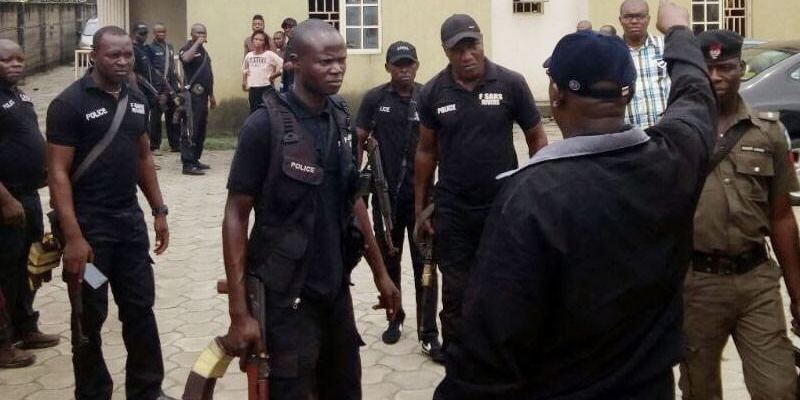 The Arewa Citizens for Peace (ACP) has condemned the call for the redeployment of operatives of the defunct Special Anti-Robbery Squad (SARS) to the North-East to fight Boko Haram terrorists, describing it as “misplaced, senseless and capable of throwing the country into turmoil”.

While welcoming the disbandment of the anti-robbery unit of the Police, the ACP noted that such a move is capable of worsening the security situation in the country.

Inspector-General of Police, Mohammed Adamu, had on Tuesday, announced the creation of Special Weapons and Tactics (SWAT) Team to replace the SARS unit.

The IGP assured that operatives of the defunct anti-robbery squad will not be part of the new formation as they will be redeployed into mainstream policing duties.

Some Nigerians, though, have maintained that the officers be sent to the North-East.

However, in a statement signed by its National President, Comrade Nazir Ibrahim, on Wednesday, the Arewa group said SARS operatives were not trained for warfare and if deployed may ultimately turn against Nigerians they are supposed to protect.

“The Arewa Citizens for Peace (ACP) is pleased with the dissolution of the erstwhile Special Anti-Robbery Squad (SARS) across the country over the high handedness and right abuses by the policemen that operated under the squad. We are however appalled by the misguided calls for deploying the personnel of the defunct SARS to fight Boko Haram in the northeast of the country,” Comrade Ibrahim said.

“It is our view that the calls are misplaced, senseless and capable of throwing the country into turmoil by further worsening the security situation that has so far been creatively managed in the face of the diverse factors militating against peace and security in Nigeria. Those came up with the har-brained idea failed to properly evaluate the situation. The calls by some disgruntled individuals and elements are therefore totally misplaced, unacceptable and in bad light.

“They failed to realize that the SARS operatives were not trained in warfare but in policing with specific focus on taking on armed robbers and violent crime, an assignment they failed in and rather diverted to exploiting the youth under the guise of going after cyber criminals. Deploying these same persons to fight Boko Haram will see them again turn their weapons on the Nigerians they are paid to protect. Even the Counter-Terrorism Unit (CTU) of the Nigeria Police Force has not been deployed to fight Boko Haram in the north east so there is no point sending in personnel that have been relieved of their assignment in disgrace.

“ACP is worried that those making these calls have forgotten so soon that the Nigerian Army would not have been deployed to clean up the mess created in some parts of the country owing to the failure of civil policing that SARS was part of. Had SARS been able to deal with the problem of banditry, killer herdsmen and kidnappers as envisaged for its role then the Army would not have been stretched thin by deploying to areas that have these violent crimes.

“While sending the ex-SARS operatives, as damaged goods, to die at the hands of Boko Haram may appear like an attractive or workable option, the potential downsides are too high and they pose risks that the country can ill afford”.

According to the ACP, the intensity of the battles waged by the Army against Boko Haram in the North-East is such that operatives of the defunct SARS will simply desert if they were assigned to fight the anti-terrorism war.

It reasoned that since these operatives will flee the battleground with their weapons and would be unable to return to their organizations, Nigeria will be flooded with armed and trained killers who will end up becoming the new criminals that the system must deal with.

Ibrahim added: “Even in instances where the military handed liberated areas to the Police to resume normal civil policing, the areas usually get infested with Boko Haram in the shortest time possible even with the defunct SARS being active at those times. There is therefore more than enough evidence to prove that there is no unit of the police that is well suited for fighting Boko Haram terrorists.

“We restate that the genuine concerns raised by all Nigerians for enduring reforms in the Nigeria Police Force should not be trivialized or converted into a farce by throwing up puerile suggestions like asking the rested SARS operative be drafted to fight Boko Haram. We believe there should be an independent panel of inquiry that hear testimonies of those that have documented instances of SARS abuse and brutality so that culpable operatives of the disgraceful institution would be held to account. This would go a long way in bringing closure to individuals and families while also serving as a warning to law enforcement agents that their position should not be abused”

The ACP, however, urged the Nigerian Army to continue excelling at what it does and not be drawn into the distraction constituted by these calls for the posting of the personnel of the defunct SARS to any part of north-east, especially Borno State in the name of fighting insurgency.

The group warned those behind the ill-informed call to desist from such going forward.