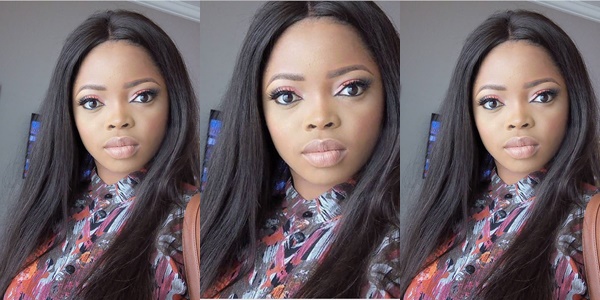 Juliana Oluwatobiloba Olayode, also known as Toyo Baby, a sobriquent she got from starring as Toyosi in the series Jenifa’s Diary; is a Nigerian actress and sexual purity activist. She is also known for being a public critic of sex before marriage among Nigerian youths.

She was born in a family of eight and was brought up in Lagos, Nigeria. Olayode hails from Ipokia local government of Ogun State. While growing up, she never thought she would become an actress even though she was a drama queen.

In the second half of 2017, Juliana published her autobiography titled Rebirth: From Grass to Grace. In the book, she opens up her on her personal life, sexual abuse, and career struggles.

She recently shared a stunning photo with the caption:

A woman’s heart is a deep ocean of secrets….Yes or No