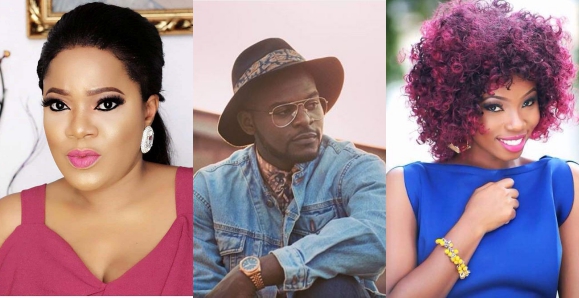 BamBam plays Toyin Abraham’s daughter who falls victim of a number of circumstances after she was raped by her own uncle.

After contracting HIV and attempting suicide, she finds her way back home to her praying mother who receives her in a warm embrace. BamBam later goes on an advocacy mission educating others about rape and other such social ills.

The music video is directed by Kemi Adetiba, the leggy director responsible for the highly successful, The Wedding Party movie.

“I had a great time shooting this one and working the amazing @toyin_abraham and @bammybestowed who pleasantly surprised the heck out of me”.

He’s EASILY one of the most brilliant creatives we have in Nigeria and we’ve been talking about collaborating for a while now, so it was such an honor to get this call.”

The single is the fifth off Falz’s 27 album that was released on his 27th birthday in October 2017.

“Men are still pestering me for love” – Salawa Abeni reveals

Upon ‘mush sweetneizz’ no Valentine, Falz cries out over single status