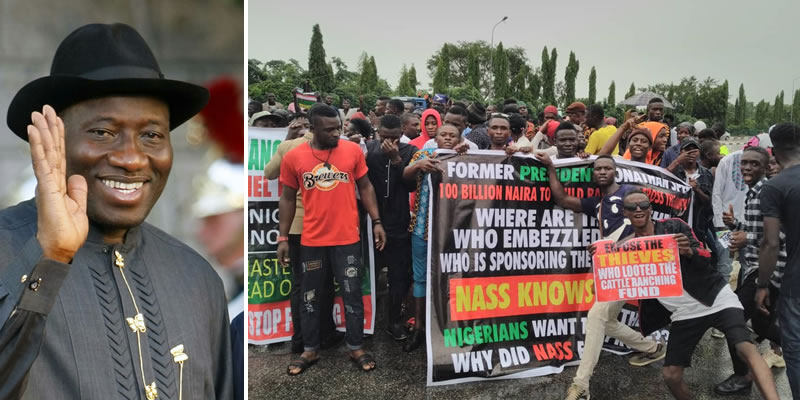 Coalition of Civil Society Organisation for Peace and Good Governance, on Tuesday stormed the national assembly in Abuja in protest of alleged misappropriation of fund approved for the establishment of cattle ranch in the country.

The protesters, who besieged the national assembly complex in their numbers, admitted that the death toll that has arisen as a result of the herdsmen and farmers conflict in Nigeria has reached an alarming stage, stressing that if urgent and proactive measures are not taken, it has a potential to threaten the very foundation of the country our forefathers laboured to put in place. 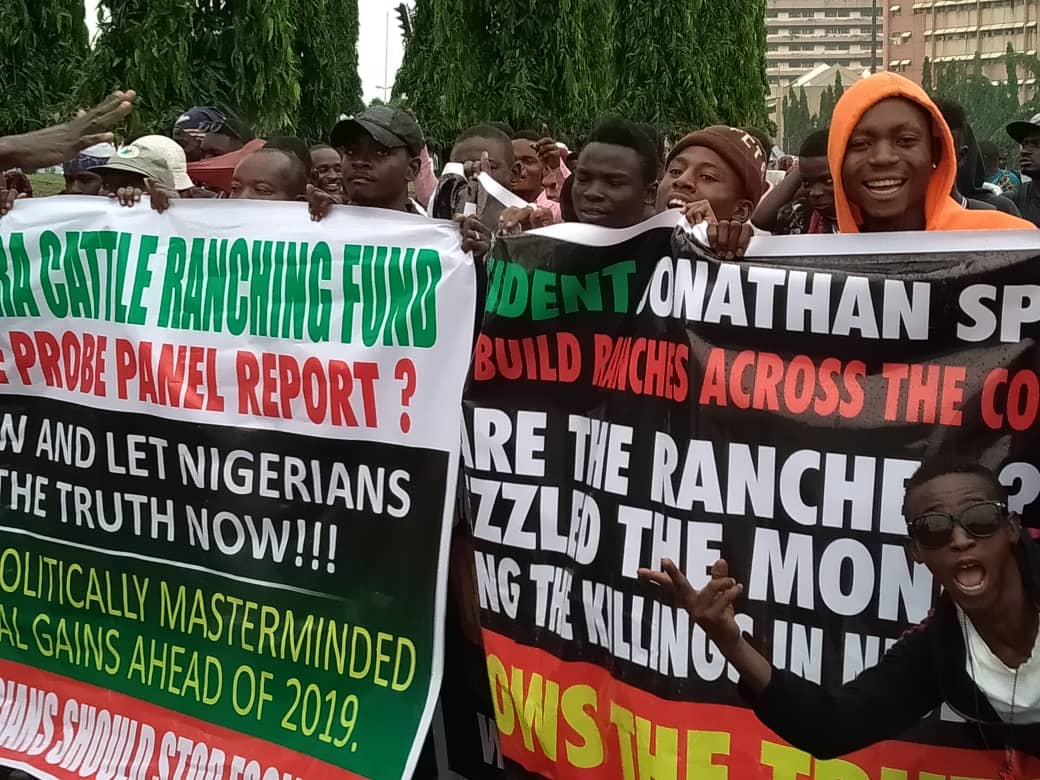 The protesters, who were seen displaying placard, bearing various inscription, noted that some individuals that do not have the interest of this great country at heart have continued to engage in acts inimical to our progress as a nation.

Speaking on behalf of the coalition during the protest, Comrade Jonathan Ogwuche, National President/Convener lamented the alleged embezzlement of the 100 billion naira cattle ranch fund released by the administration of former president Goodluck Ebele Jonathan in 2014, for the establishment of mini ranches nationwide to curb the frequent clashes between herdsmen and farmers.

According to him, the National Economic Council approved the release of the money in 2014 for states to build “mini” ranches after clashes between herdsmen and farmers escalated but the money developed wings and flew. 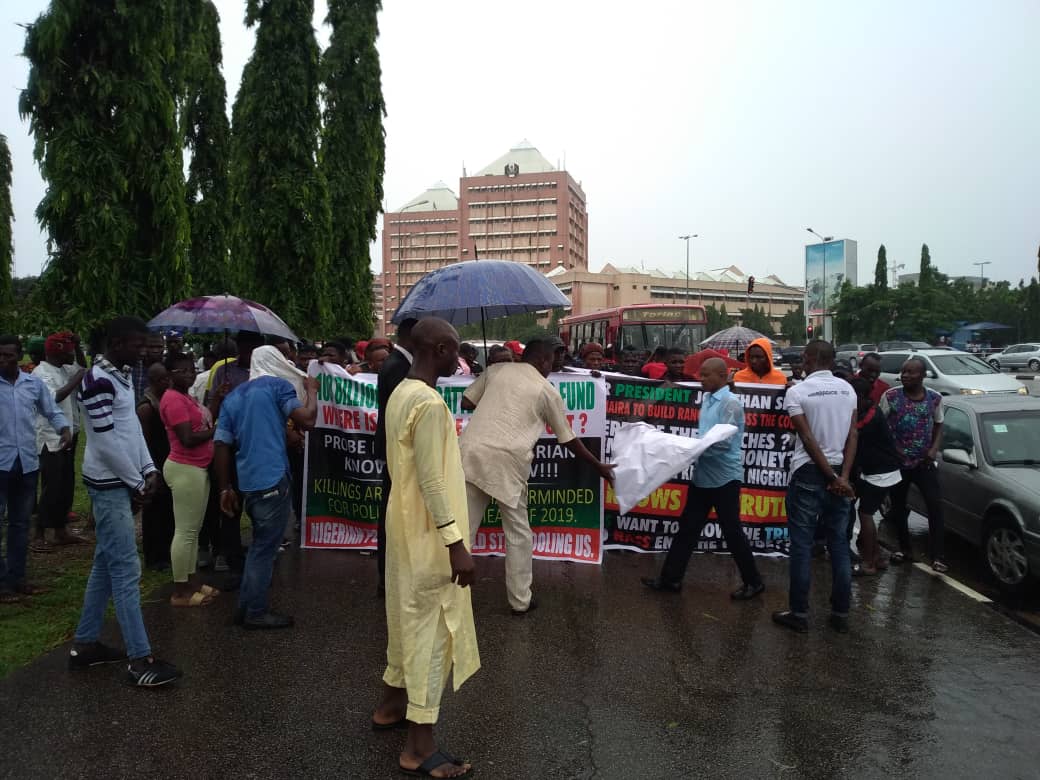 Ogwuche said, “Even as we are aware that the money was released without the approval of the National Assembly, there was no evidence of how it was utilized; there has not been any ranch constructed anywhere in the country to account for the expenditure of the money.

“It is also expedient to mention that this act of national sabotage has left the country with human and material casualties from herdsmen and farmers conflict.

“We are appalled by this act of rascality aimed at national disintegration by elements and principal political actors of the previous Peoples Democratic Party-led government in Nigeria.

“With blood flowing freely in Nigeria as a result of this crime against humanity, these political actors are still roaming the streets freely and flaunting their ill-gotten wealth.

“It is a clear four years after the release of the funds, yet nothing has been done or heard on the case, yet innocent Nigerians are dying on almost a daily basis.

“As a background, a committee set up by the Federal Government in 2014 on Grazing Reserves under the Chairmanship of the former Governor of Benue State, Mr. Gabriel Suswan which identified issues causing the conflicts between herdsmen and farmers to include struggle for land and water and uncontrolled influx of nomadic herdsmen, and thus noted that grazing reserves and cattle routes already gazetted had been encroached upon, and such routes should be recovered and improved upon, taking into consideration present day realities.

“As a result, the Committee recommended the release of N100 billion through the Central Bank of Nigeria as seed funding to all the States for the construction of ranches.

“Despite the release of the money, there has not been any ranch constructed anywhere in the country to account for the expenditure of the money, and as a result, the conflicts they were intended to cure have exacerbated.

“Having stated the above, it becomes more curious as to why there has been an unholy silence from the National Assembly, despite a resolution to set up an ad-hoc committee to investigate the disbursement and utilization of the N100 billion released for the construction of mini ranches across the country over a year ago.

“The House of Representatives has yet to investigate the N100bn disbursed to some states by the Central Bank of Nigeria to build cattle ranches, one year after it passed a resolution on the matter. The House had yet to constitute an ad hoc committee to start the investigation.

“At this point, we are constrained to believe that monies must have exchanged hands in a bid to kill the matter completely despite the innocent lives that are lost on a daily basis in Nigeria.

“ It also appears that some elements within the National Assembly might have conspired with those behind the dastardly act of embezzling the 100 billion naira to kill the probe.

“We are therefore urging the National Assembly not only to investigate the matter but to also live up to the expectations of the people they are representing in their various constituencies to ensure that all of those that were part of the embezzlement of the funds are brought to book.

“We also call for the immediate arrest and prosecution of former President Goodluck Ebele Jonathan for under whose watch this heist was perpetrated, to establishing whether or not he was a part of the fraud.” 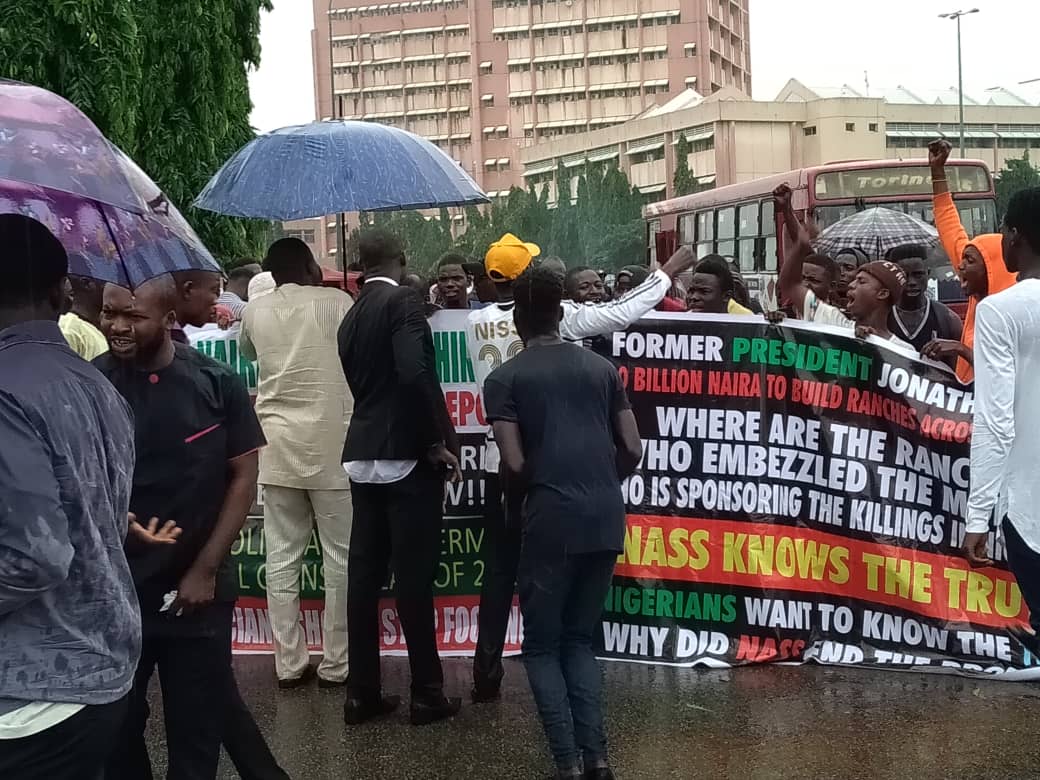 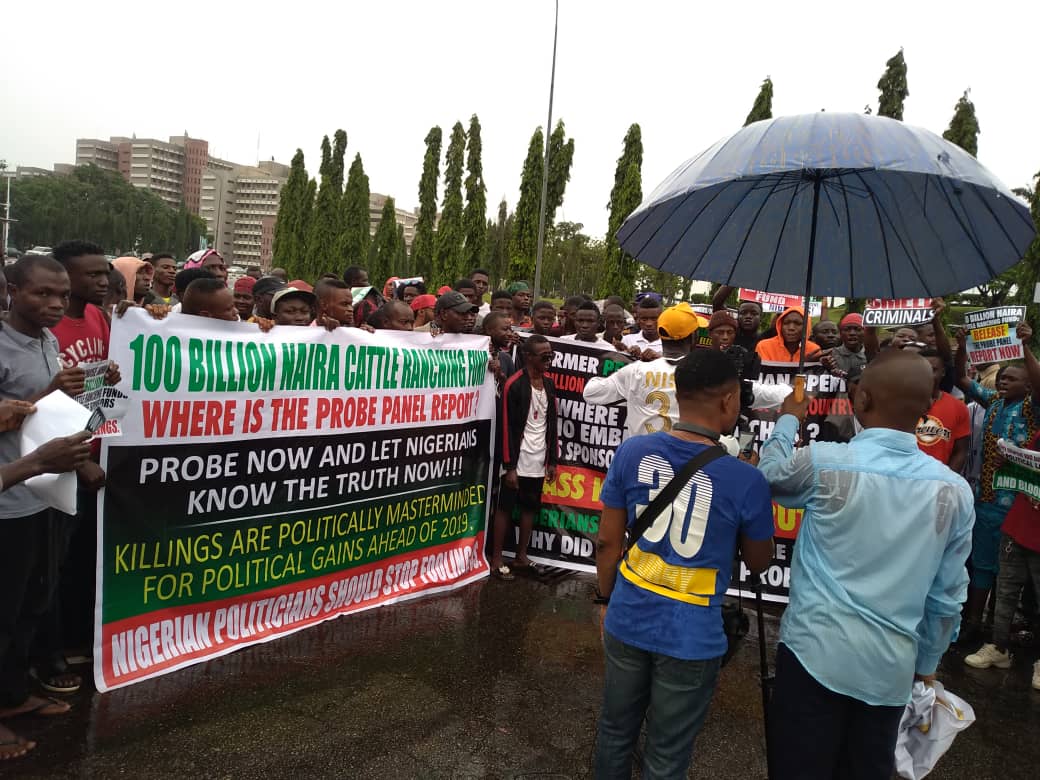