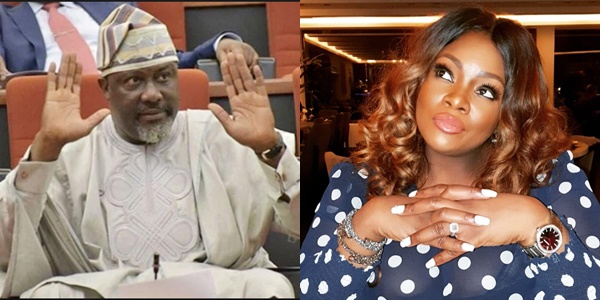 News went round yesterday that Nigerian Senator, Dino Melaye was kidnapped by some gunmen and that his whereabouts was unknown.

The news trended on social media and left many Nigerians divided on whether or not the story was authentic.

Dino Melaye later emerged from his ‘captivity’, announcing that he had ‘escaped’ the terrible attack on him and that he was now free.

However, many Nigerians have found the kidnap story implausible with many insisting that the senator faked it to escape attending a court sitting.

Nigerian OAP, Toolz, is apparently one of those people. In a new post she made on Instagram, the woman shared a photo asking people what theatrics Dino Melaye will employ in his next outing.

Don’t play politics with my rice, Dino Melaye warns as he…

Below is what she posted