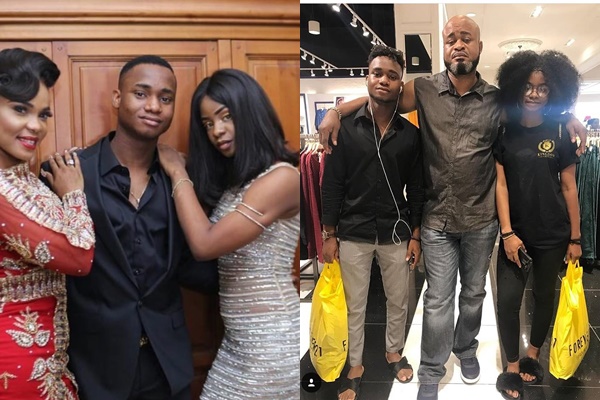 Nollywood actress, Iyabo Ojo definitely has no hard feelings towards her ex-husband.

The actress took to IG to share photos of her kids with their father. They are currently out of the country.

She captioned the photos:

Iyabo Ojo got married when she just turned 21. Her husband’s name is not mentioned anywhere, but it is said that he was a famous movie-marketer. In addition, there were some rumors going on about being the one who helped Iyabo Ojo become popular in Nollywood. However, Iyabo Ojo herself denies it and says that the only reason for the marriage between she and the man was Iyabo Ojo’s pregnancy.

The star actress confesses: “My husband married me because I was pregnant for him; that was the main reason. Most men get married to ladies in the industry because of the celebrity aura around them, only to realize that there is a lot more to marriage than that.”