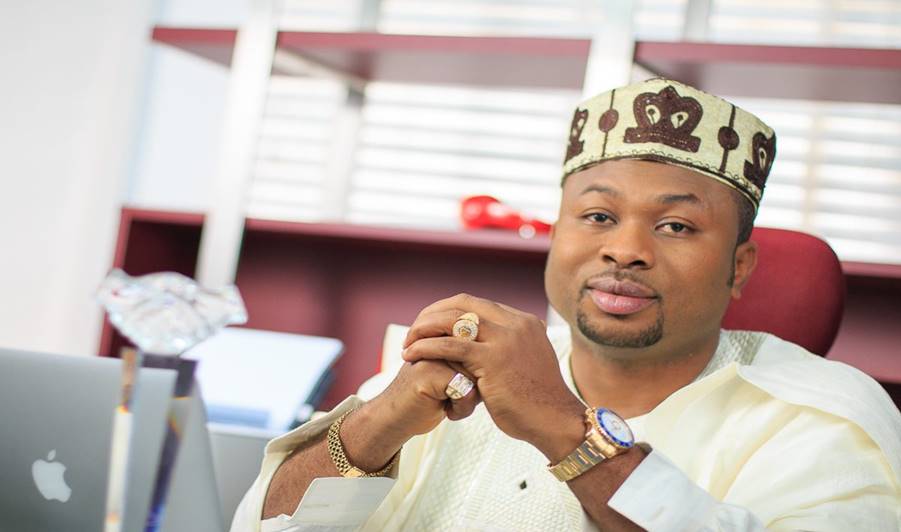 The kindhearted nature and charitable benevolence of Olakunle Churchill was met by a break-on-the bridge, when he arrested an online saboteur, after giving her a hundred dollar at the airport.

The popular entrepreneur has just returned from the UK, after a long time away, and was accosted at the airport by a young lady who was in tears after missing her flight and stranded. She looked pitiful and Olakunle was affectionate, so he was said to have extended his hands of love by giving the lady a 100 dollar so as to resolve her little financial problems.

Unfortunately, he was ridiculously amazed when she began her confession as one of the online saboteurs who was paid to make negative comments and trend them on several online media platforms anytime there was a post on Churchill or his events.

The lady confessed that, she was paid 10,000naira every month and that they were 25 people with 5 different fake accounts each, and the ring leader of the group is a Ghananian but london based blogger called “cutie”. She opened up that they have been reacting to online discussions, post false stories and makeup fake propaganda comments to libel the reputation of Olakunle Churchill.

She explained how they all have created scam accounts on online blogs, instagram, facebook and other social media platforms with selected online warriors.

Churchill was absolutely mean to the entire situation, and he expressed dissatisfaction to such frivolous activities that portrays deception on the media. He immediately ordered the lady to be arrested by the Nigeria police force at the airport for further investigation.