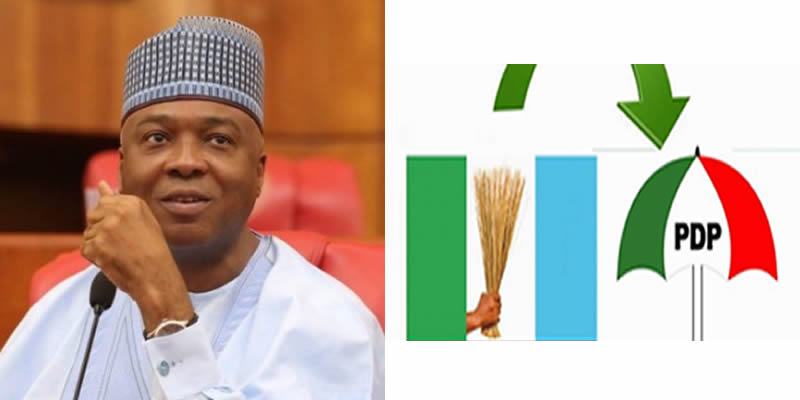 Saraki reacts to APC’s calls to resign, following his defection to PDP

Senate president, Bukola Saraki, says his defection to the PDP should not in anyway cause him to resign because it was not the party that made him senate president.

Senate president, Bukola Saraki, says his defection to the PDP should not in anyway cause him to resign because it was not the party that made him senate president.

READ: I’ve been pushed out — Senate President, Saraki, says as he dumps APC for PDP

Saraki during a question and answer session after his World Press Conference this morning, said he was not giving the position he currently occupies but he was elected by members of the senate to be their president.

A Reuters report had asked him ”While in the All Progressives Congress (APC), you were given the Senate president seat. We want to know, what will be the position once the house reconvenes? Will you be relinquishing the seat?”

“First question, I was not given. You used the word ‘given’; I was not given. I was elected by members. Secondly, our Constitution says members of the National Assembly who so wish shall elect a President… it does not say you have to come from the majority party. There are those that know that.”