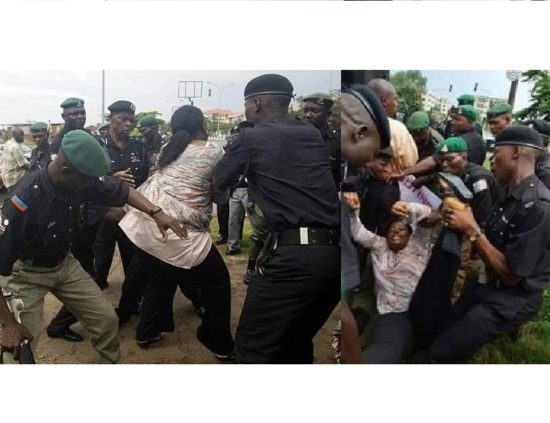 Hon. Boma Goodhead, a member of the House of Representatives, representing Akulga/Asalga constituency went viral on Tuesday and made major headlines after she was filmed confronting masked operatives of the Department of State Services, DSS over the National Assembly Invasion.

Now, throwback photos of Hon Boma, who is the younger sister to Mujahid Dokubo-Asari have surfaced online.

She was pictured getting arrested by more than a dozen police officers during her one-man protest in 2005 against the govt actions in her community including harassment of her brother Asari Dokubo.