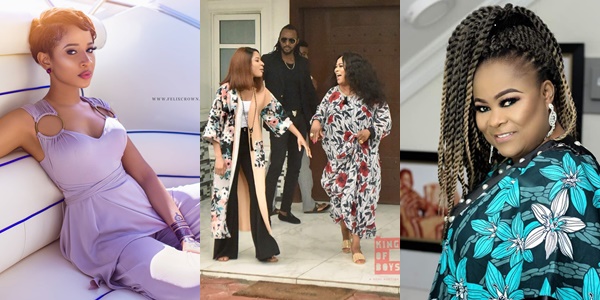 Actress Sola Sobowale shared this adorable photo with Adesua Etomi. The pair featured as mother and daughter in Nollywood blockbuster, The Wedding Party and The Wedding Party 2. Such is the chemistry between them that one could think they are actually related!

‘King of Boys’ is a suspense-filled movie which has Sola Sobowale star as ‘Laburu’ a rootless matriarch who would do anything to get what she wants.

We also get to see Adesua Etomi play a different and more exciting role in the movie.