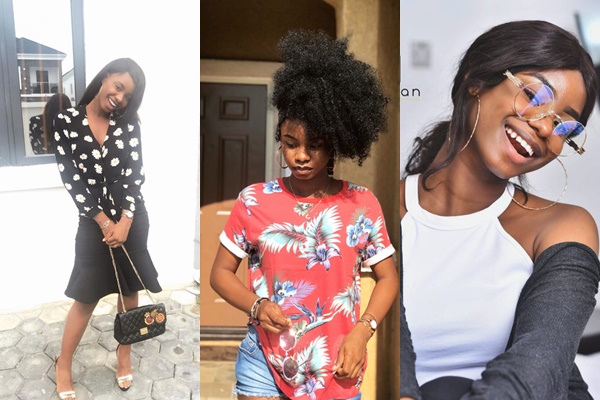 “God fearing girls like us Na blessings they rush us ” – Iyabo Ojo’s daughter, Priscilla says as she shares cute photo

Priscilla Ojo is the daughter of popular actress, Iyabo Ojo. She was born in 13th of March. Priscilla graduated Lagos secondary school in 2016. In 2017, Priscilla became a student of Babcock University.

At the age of 14, she was nominated for BON Award’s Best Child Actress. The nomination was for her role in the movie “Beyond Disability”.

Priscilla Ojo or Priscy as she is now known on social media, is a very influential and popular celebrity kid in Nigeria. Her popularity is increasing because of her Instagram page. Her style is very attractive and she has established herself as an exquisite fashionista.

She recently shared a photo using the popular trend “na them dey rush us”.

God fearing girls like us Na blessings they rush us #yesterday ❤️❤️