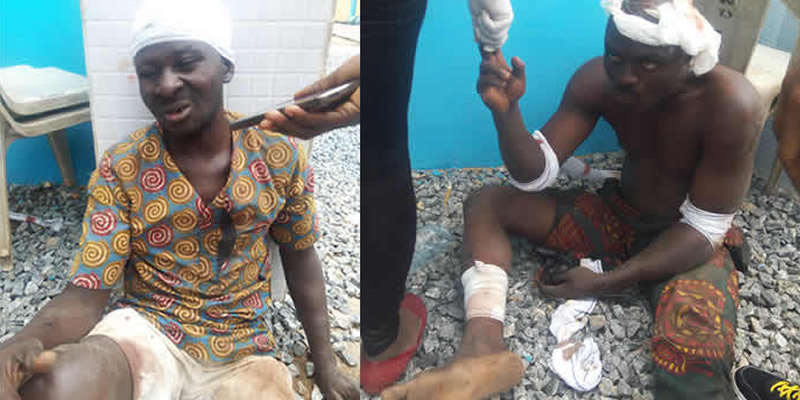 The Ogun State Police Command has nabbed a landlord, Adegbite Taoreed, who allegedly led a four-man robbery gang to his neighbour’s house and ordered him at gunpoint to surrender his car key.

The Landlord was said to be the one who taught the victim, Wale Okeyungbo, how to drive when he bought the car, and it was gathered that their houses were two buildings away from each other.

The victim, who was said to have been roused from sleep, jumped out of the bed and demanded what was happening.

The robbers were said to have also brought petrol in a jerrycan, in case there was no enough petrol in the tank of the car.

The State Police Public Relations Officer, Abimbola Oyeyemi, paraded the suspects around 1pm on Wednesday at the headquarters of the Federal Special Anti-Robbery Squad at Magbon, Abeokuta.

He disclosed that the victim made a distress call to Divisional Police headquarters at Lafenwa about the incident and policemen went after the hoodlums, and caught up with them at Oke Ata area, Abeokuta.

Oyeyemi, a Deputy Superintendent of Police, said the hoodlums engaged the policemen in gun battle, and at the end of it, two of them(hoodlums) were arrested, while two others escaped.

Taoreed was one of those arrested, but he suffered bullet wounds in the gun battle with the Police, and the other was Taiwo Raheem.

During the parade, the suspect was too weak to speak to journalists.
Oyeyemi said the suspects would be charged to court after the necessary investigations must have been concluded.