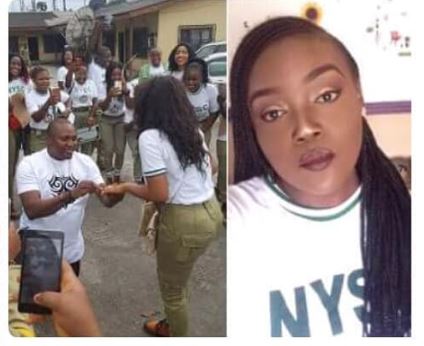 In Port Harcourt, Rivers State recently, a female corper member received a surprise marriage proposal from her man during their ‘Passing Out Parade’ recently.

Adannaya was moved to tears as the man went on his knees amid cheers by other corpers who seemed happy for her.
“Someone proposed!!!! Yaaay. I forgot myself” she announced on Twitter.

PHOTOS: Proud Corp member shows off mother who sponsored him with proceeds from…