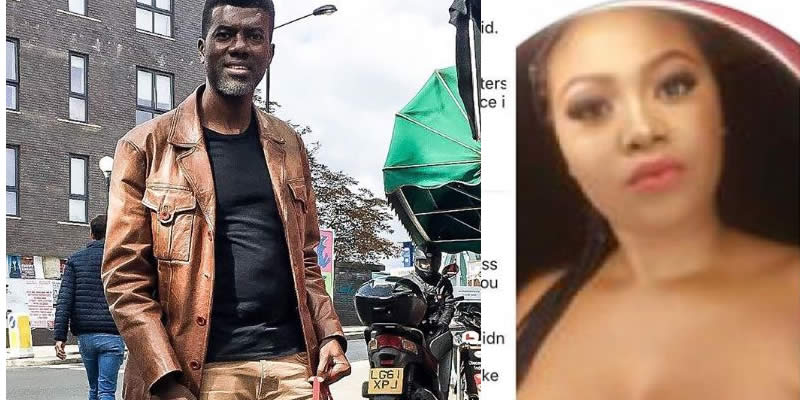 Former President Goodluck Jonathan’s spokesperson, Reno Omokri, has dragged a lady who never agreed with him on his post and further accused him of cheating.

Maintaining your girlfriend doesn’t mean you‘re kind or ‘responsible’. It means you‘re stupid. Very stupid. The only women God created you to maintain are your mother, your wife and your daughters. A girlfriend who requires maintenance is no better than a prostitute #RenosNuggets

However reacting to the post, a Follower @pwetie_gold who never agreed with him on the post, further accused him of cheating;

This is the most useless thing i have heard from you…did you just see a lady and make her your wife….what happens to nurturing, dating, courting???? I didn expect this from you….please stop misleading our youth….its people like you that actually did cheat and still cheats….rephrase your statement or better still keep your opinion to yourself….mstweech

#RenosNuggets: Side chicks look hotter than wives because the men…

‘Never trust the loyalty of a poor man till he makes money’,…

Dear @pwetie_gold
Of course you would say that. I just went to your profile and saw your profile picture (which I screen-grabbed before you delete it). A girl dressed as flimsily as you will definitely be threatened by a revelation as this. It is a threat to your business. I understand your pains and sympathise with you. If you want to be maintained, go and get a job, or a business, not a man. Only your husband owes a duty of maintaining you #RenosNuggets

Reno Omokri had before now, written on how one can know if his girlfriend is trustworthy or not.

Dear men, Want to know if a girl is trustworthy? Try this. Install an app that monitors phone activity, then deliberately ‘forget’ your phone with her. A trustworthy girl won’t attempt to intrude into your privacy. An untrustworthy girl can’t resist the temptation #RenosNuggets

Reno Omokri is the author of “Facts Versus Fiction: The True Story of the Jonathan Years, Chibok, 2015 and the Conspiracies”, and he is known for being vocal against government policies and officials.

After much pressure from Nigerians, Reno Omokri reacts to alleged re-arrest of…