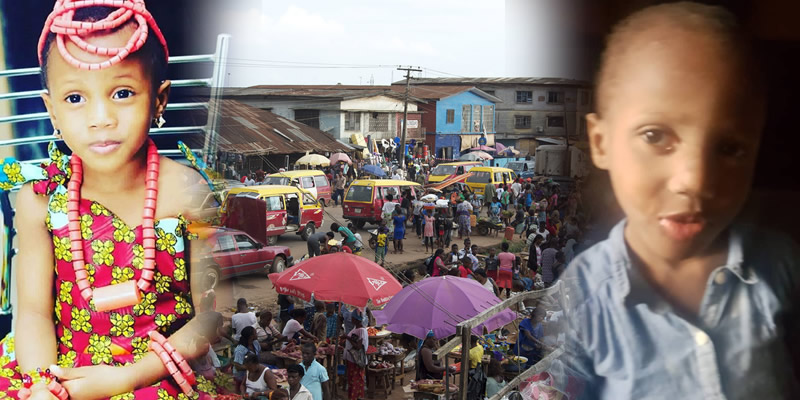 From Lagos to Benin: 4-year-old girl stolen at Lagos Christ Embassy found thousands of kilometers away

Elo Ogidi, the four year old girl who went missing on July 8th while attending church service with her parents in Lagos, has been found.

Family members of a missing four-year-old girl, Elo Ogidi, were overjoyed on Friday after she was found in an orphanage in Benin, Edo State.

Elo was reportedly stolen from the Christ Embassy in Oregun, Ikeja, Lagos State, during a church service she attended in company with her parents and their housemaid on Sunday, July 8, 2018.

Elo’s father, Okpogene Ogidi, who confirmed the development to newsmnen on Friday, said some suspects were also arrested.

The girl was with the maid during the church’s children thanksgiving service when she suddenly disappeared.

It was reported that the maid had gone to get Elo and her two siblings some slices of cake shared at the thanksgiving, but did not meet the girl on her seat when she returned.

A child, who also attended the programme, claimed to have seen a woman taking Elo away.

The case was reported at the Alausa Police Station and was later transferred to the Anti-Kidnapping Unit of the State Criminal Investigation and Intelligence Department, Yaba.

Our correspondent gathered that the girl was traced to Benin by the police on Friday while some suspects were arrested in connection with her abduction.

Her father, Okpogene, who spoke briefly with our correspondent on the telephone, said he had yet to be fully briefed on how she got to Benin.

He said, “She was found in Benin. We are going to pick her at the Edo State Police Command on Saturday (today). She was found in an orphanage. After it was reported in the media, somebody identified her and informed me.

“The police were alerted and she was found at the orphanage this evening (Friday).  We are very excited. I don’t have more details for now. I will get back to you.”

Watch the family jubilating after the discovery below.