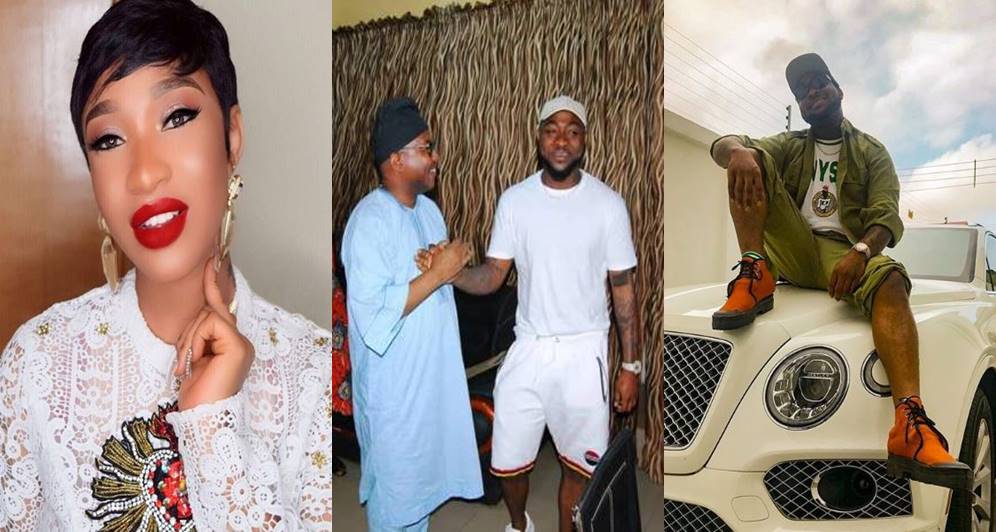 Tonto Dikeh reacts to Davido being called up for NYSC

Nollywood actress, and mother of one Tonto Dikeh has reacted to the now viral news of singer, Davido registering for the one year mandatory National Youth Service Corps, NYSC.

The entire Nigerian internet was left in shock when the photos were released online, with Davido revealing his plan to ‘tie up loose ends.’ Many fans immediately interpreted it to mean he had his eye set on a political office in the nearest future. Some Nigerian celebrities praised him for his smart moves.

Tonto Dikeh commented on his photo and stated that Davido is making plans to rule in the future. Famous social media commentator, Reno Omokri, also joined in praising OBO for registering for the program which many Nigerian youths are mandated to observe following their graduation from university.

If @iam_Davido, a billionaire son, a multimillionaire in his own right and an international music superstar who makes Nigeria proud, can serve his nation in the compulsory National Youth Service Corp, then why didn’t @HMKemiAdeosun? And why is @MBuhari protecting her? #RenosDarts pic.twitter.com/KgnBcTGCkI

Meanwhile, trolls had it in for Chioma, Davido’s girlfriend when news of her dropping out of school surfaced online. She tried defending herself, saying if people were unsure about a story, it’s best they shut up.