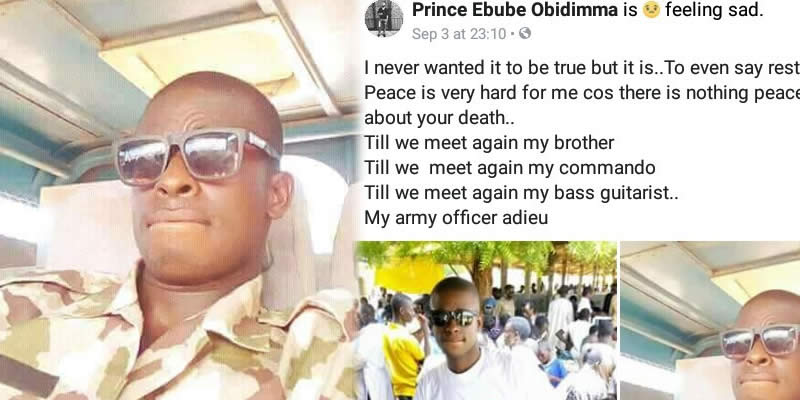 By Aanu Damilare Last updated Sep 4, 2018
Share FacebookTwitterWhatsAppReddItPinterestEmailLinkedin
Second Lieutenant Chibuzo Ezenwa from Imo State, has been identified as one of the 46 Nigerian soldiers and 2 officers killed in Boko Haram attack in Borno State.
The soldiers were killed at their base in Zari Village, north of Maiduguri and near the border with the Republic of Niger, while preventing Boko Haram miltants from overrunning their base last Thursday evening.
Meanwhile, seventeen more bodies have been recovered by a search and rescue team overseeing the aftermath of the attack, PREMIUM TIMES reports.
CHECK THIS ALSO:

The remains of one officer and 16 soldiers were recovered last weekend in the general area of Mobbar Local Government Area, Borno State.
Troops from 145 Battalion who are leading the search and rescue efforts have transferred the bodies to Maiduguri.