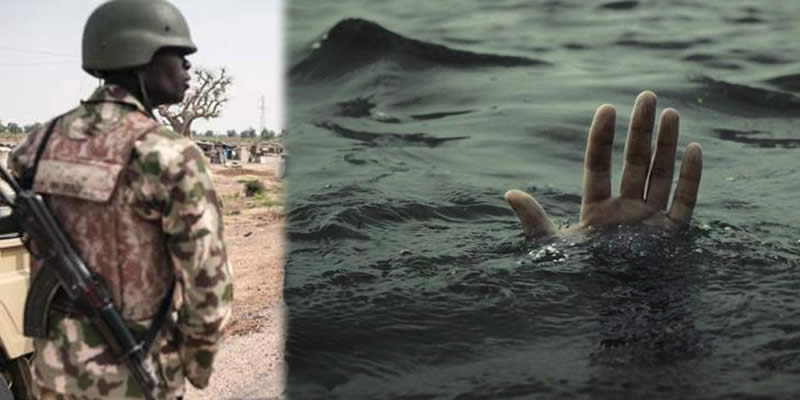 The body of Warrant Officer, Marcell Nwanko, of the Nigerian Army, who died while trying to rescue a woman from flood on Thursday in Kebbi, has been recovered.

The News Agency of Nigeria reports that the body of the late Nwanko of 223 Light Tank Battalion, Nigerian Army Zuru, was recovered at Unashi village of Danko Wasagu Local Government Area.Both the soldier and the woman died in the flood on August 30.

Already, Governor Atiku Bagudu had visited the barrack to condole with the commandant and family of the victim.

He described the deceased as a quintessential soldier who died in the service of humanity.

READ: Nigerian Superintendent of Police dies while having sex in his office 1 week before retirement

“Nwankwo sacrificed his life in the course of protecting someone’s life, if all Nigerians will emulate this soldier and protect one another, no nation will be better than us,” the governor said.

DSS arrests UDUTH staff, 4 others over sale of three children

Flood displaces over 100 villages in Adamawa