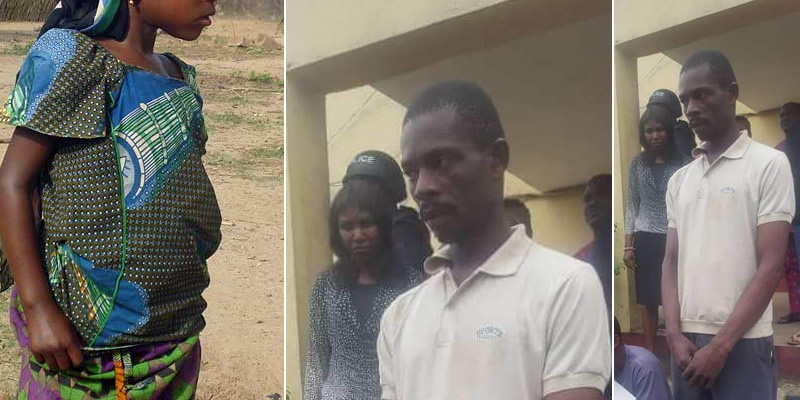 Pastor Daniel Udoh, founder of “Jesus is a Barrister Church” in Akapabuyo, Cross River State, has been arrested for defiling his 7-year-old daughter.

Udoh was paraded alongside 79 crime suspects at the Command Headquarters in Calabar.
He admitted to committing the crime adding that he was tempted.

His daughter is receiving treatment in an undisclosed medical facility for the bruises she got from the act.

READ: I don’t want my wife to lack anything, I’ve no regret stealing – Robbery suspect