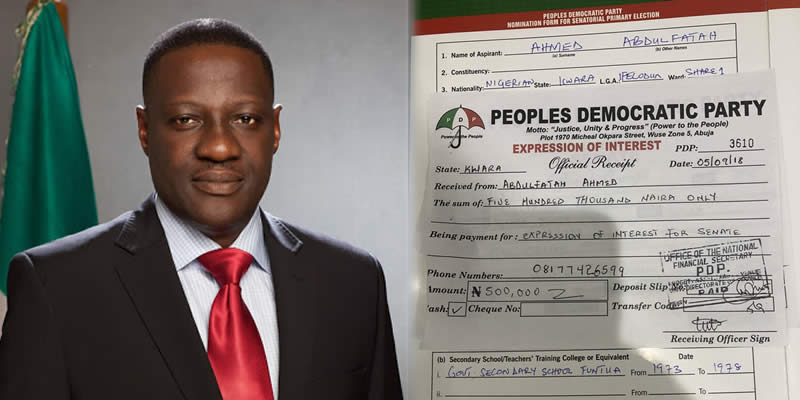 Kwara State Governor Abudulfatah Ahmed has declared his intention to contest for the Kwara South Senatorial seat under the platform of the Peoples Democratic Party (PDP) in 2019.

Governor Ahmed who defected from APC to PDP alongside his mentore senate president Bukola Saraki in July, revealed his decison to contest for senate on twitter. He said his decision was to answer a call by his people and to continue the good work his administration through proper representation at the National Assembly.

“In response to calls by my people and in keeping with my strong desire to upscale the excellent work we have done in all three zones of the state, through effective, purposeful representation, I have picked up the PDP nomination form for Kwara South Senatorial District.

“Besides demonstrating our commitment to the well-being of our people through affordable health insurance, @KwaraCare testifies to value of continuity in governance. @Kwaracare was preceded by Community Health Insurance, initiated through the foresight HE @bukolasaraki.”