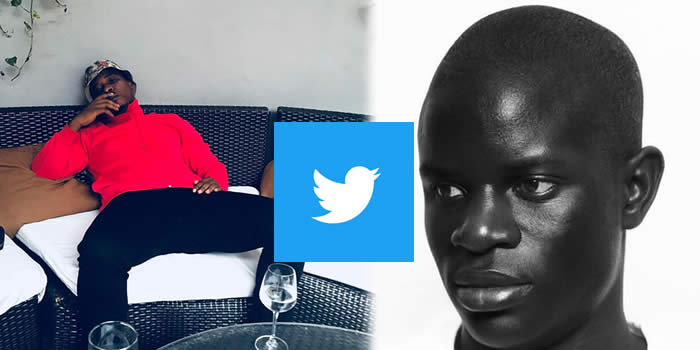 Jaywon got insulted for saying he sees nothing wrong in the young lady’s picture. The Twitter user who goes by the name Xhaka Laca Boom (@Mayoral_OP) accused the singer of having low IQ and that’s why his career is dead.

Part of those who was blasted on social media include talented singer, Jaywon. The father-of-one on Tuesday, September 11, exchanged words with one of his Twitter followers. This got the extent of both parties hurling words at each other.

Still on the issue of Beverly Ada Osu’s controversial photo shoot of a dressed in a nun’s outfit and smoking a cigarette at the same time, some celebrities who supported her have received backlash from fans on social media.

Jaywon said: “I really don’t see anything wrong with what Beverly Osu did. It’s left for her and God to judge but Nigerians always like to judge people once religion is involve. Leave your life and let others do their thing. The consequences are for them and not you.”

The Twitter user replied saying: “One of the major reasons you weren’t successful at music was because you have a very low IQ… Resurrect your career first.”

See their posts below:

READ: Broda Shaggi talks about how he started Instagram comedy and his plans for Otedola’s Daughter

We earlier reported that part of who saw nothing bad in what she rocked was controversial Nigerian radio presenter, Daddy Freeze. The Free The Sheeple leader disclosed that the nun outfit was created by man and not God, so he sees nothing wrong in the photo shoot.

This is serious!. Another interesting topic; Davido blasts fan who accused him of using technique to make his song Blow

"Love you till I die" - 2face Idibia professes love for his wife, Annie