“I almost ran mad the day I was paid 60 kobo for a movie role”, says Comic Actor Okunnu 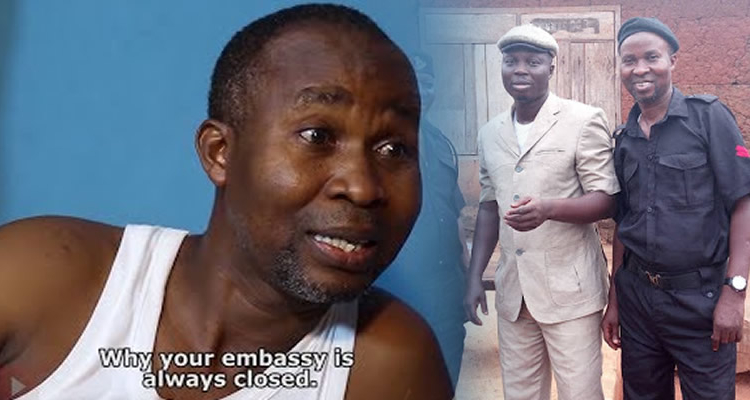 Popular actor, Wale Akorede, 50, popularly known as Okunnu, may have been in the movie industry for over two decades but he would never forget the day he earned his first pay as an actor.

In a chat with Saturday Beat, he said that he was so happy the day he was paid 60 kobo after a movie role and that he almost ran mad. The comic actor told Saturday Beat that the money he was paid motivated him to focus more on his craft and put in more efforts to be the best on the job.

“The first time I received money for acting was in 1984 and I was paid 60 kobo. When I was given the money, I almost ran mad. I was very impressed and encouraged to do the job; presently, I earn well for most of the roles I play,” he said.

Also speaking on what makes him look younger than his age, said, “God is the one who strengthens me; I don’t eat much but I take multivitamins to take care of myself.”

Okunnu is known for his comical roles in Yoruba movies, but the veteran said that despite being known for comical movies, he didn’t feel caged by such roles.

“I don’t feel stereotyped by playing such roles because I can still take up any role. I have played all sorts of roles in movies. But the funny thing is that even when I do serious roles, people still laugh because of the stereotype,” he said with a smile.

Okunnu also shared with Saturday Beat the reason why he would never stop acting. According to him, acting runs through his veins, and despite the challenges of life, he can never feel downcast.

“I am always happy; I don’t allow challenges to weigh me down. I loved acting as a child but my parents were not in support of it. I started full-time acting after my father died. I even ran away from home several times because I wanted to be on location. My mother gave me her full support when she started seeing me on screen.

“I used to be a proper businessman before, but acting runs through my veins. The field of business is a playground for me but there is no other profession I would rather do than this. Acting is my destiny,” he told Saturday Beats.

Another related story; Actors should have a side hustle – Olajuwon Adewunmi

“I almost ran mad the day I was paid 60 kobo for a movie role”, says Comic Actor Okunnu