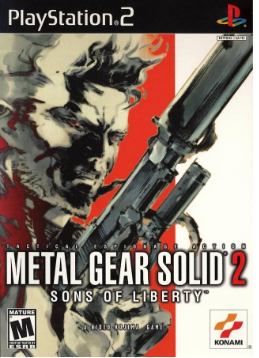 There was a time where both children and adults considered it a great luck to own and play Sony PlayStation 2. The legendary console thrilled and fascinated lots of people from all around the world with its spectacular game worlds, non-trivial storylines, and great missions the players had to accomplish alongside fearless heroes.

It may seem that those days have passed a long time ago. Currently, when mind-blowing graphics and stunning visuals are considered to be prerequisites for enjoyable gaming, the good old PS2 may seem a dinosaur only fit for being exhibited in a museum-like manner, but not for being played on.

But it is too early to give up on the console whose games once rocked the world and made PS2 the best system ever. There are plenty of PS2 fans that hold on to their weird-looking devices and take immense pride in owning and playing on the relics of fun not without reason.

If we take a closer look at the modern games, we may come to the conclusion that they, in fact, are not that unique and thus, incapable of delivering the promised unprecedented gaming experience. The fact is that creators and developers often rely on the gaming aesthetics of past generations and try merging retro and modern genres to come up with something really interesting. Therefore, players’ adherence to retro consoles is more than justifiable.

With the advent of various emulators, playing on consoles has become even easier. With the help of emulators and a PS2 ISOs download from RomsMania, you will revive your childhood experiences, relive the thrilling moments once bestowed on you by your favorite console.

Let us remind you of some cult PS2 games that you undoubtedly enjoyed playing some 5 or 10 years ago.

Do you remember confronting a faceless demon that made your blood run cold through your veins? The cold dark bathroom and strange noises that did not portend good? Shrieking ghosts, sinister writings on the wall, and S3xually aggressive and extremely violent nurses aiming to stab you to death?

Yep, that was too much even for such a tough guy as James Sunderland. But the poor man had no choice after all. He had to come to his allegedly dead wife’s rescue. How on Earth do you think he found himself in such a hellish place as Silent Hill? Therefore, even when it was too hard to resist the temptation of hitting the power button, we courageously continued our quest along with James.