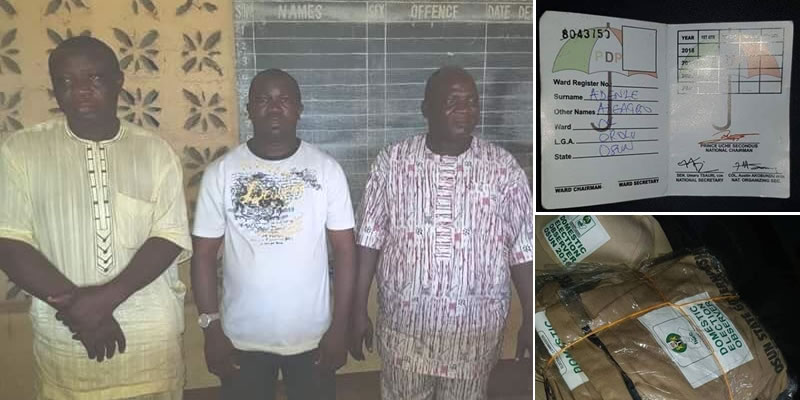 According to reports, the all-male suspects were apprehended at Orolu in possession of customised INEC Observers tags, face caps, jackets and PDP Membership cards.

According to the statement by Police PRO, Folashade Odoro, the paraded suspects include a PDP House of representatives aspirant in Orolu Federal Constituency, Moshood Adejare and other PDP members.

The Police also debunked reports that some accredited INEC Observers were arrested or denied access to polling units.

Another related topic; Some Policemen deployed for Osun election involved in accident, 1 killed