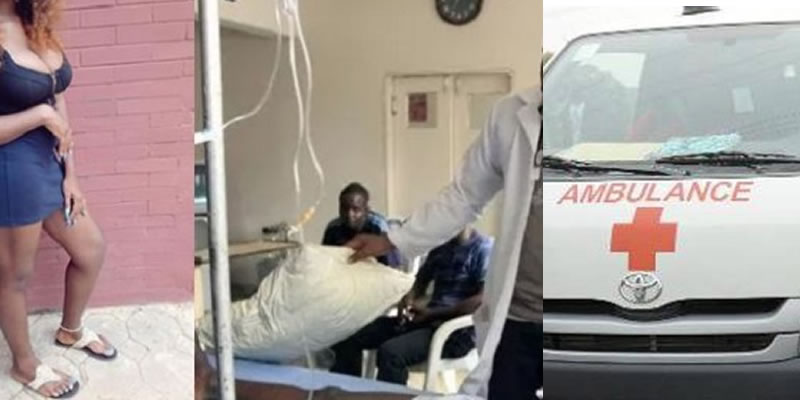 It was gathered that the teenage girl started feeling weak and fainted after returning from work on Monday evening before she was taken to the hospital for checkup.

According to Sapele Oghenek, a Delta based journalist who shared the news in pidgin English, after the doctor ran some tests, it was discovered that excessive sex was the cause of the girl’s weakness before she was treated and discharged.

On getting home, the girl’s mother who reportedly attends Jehovah’s Witnesses beat her and told her to show her the boy responsible. The teenage girl took her mother to her boyfriend’s house but he had already fled after being alerted.

According to the report, some area boys revealed that the girl’s boyfriend had met them to help him with what to do because his girlfriend was laughing at him that he doesn’t know how to service her well and last long in bed and that her ex-boyfriend was better.

The young man was directed to meet somebody who mixed a concoction for him to drink and be “empowered”.

After drinking the concoction, he went into action with his girlfriend and almost wrecked havoc before she landed in the hospital.

The young man is nowhere to be found after taking off from his house.