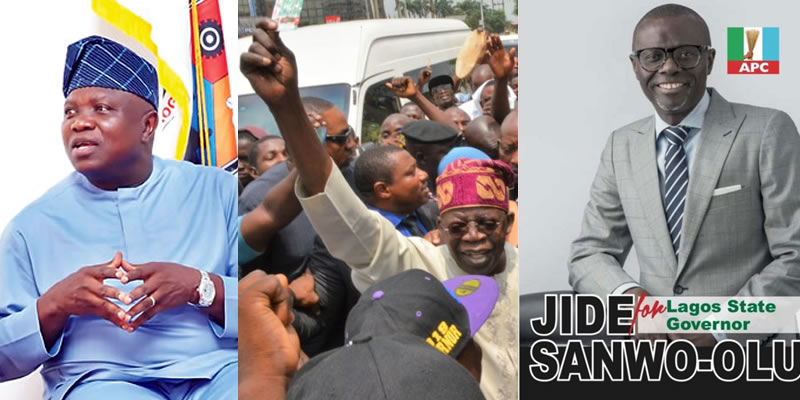 The National Working Committee (NWC) of the All Progressive Congress sent from Abuja to monitor the party’s governorship primary in Lagos State has nullified the exercise held across the 20 local government areas of the state on Tuesday.

According to PUNCH, the Chairman of National Working Committee of the All Progressive Congress, Mr. Clement Ebri, who addressed the press around 4.30pm at Protea Hotel, Alausa, said the election could not have held because the committee was still expecting the list of representatives of one of the two aspirants.

The primary is being contested by Babajide Sanwo-Olu and the state Governor, Akinwunmi Ambode.

Ebri, however, did not mention the camp that defaulted on the modalities for the election. Details later..

Olorogun-Etti in a statement issued in Lagos Island described the electoral process as tidy, transparent and democratic.

He praised APC members for answering to the demands of Lagosians who want change.

He also praised them for demonstrating their might by voting Sanwo-Olu.

” I congratulate Hon Babajide Sanwo-Olu as standard bearer of our great party, the All Progressives Congress ( APC)” he said.

The APC chieftain commended Sanwo-Olu for his willingness to work with all in the interest of the party.

He also praised him for his decision to maintain the legacy and policy of Asiwaju Bola Ahmed Tinubu.

” The result of the governorship primary tells the whole story.”