Osun State governor-elect, Gboyega Oyetola, of the All Progressives’ Congress (APC) has received the certificate of return of the Independent National Electoral Commission (INEC) to confirm his victory in the recent gubernatorial election conducted in the state. 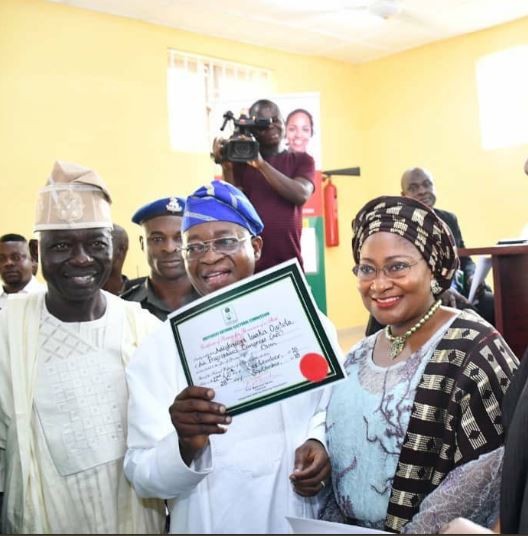 Oyetola received the certificate from the Director of Legal Services, Oluwatoyin Babalola, who was acting in place of INEC chairman, Prof. Mahmood Yakubu, at the commission’s office in Osogbo, the state capital, on Wednesday, October 3, 2018. 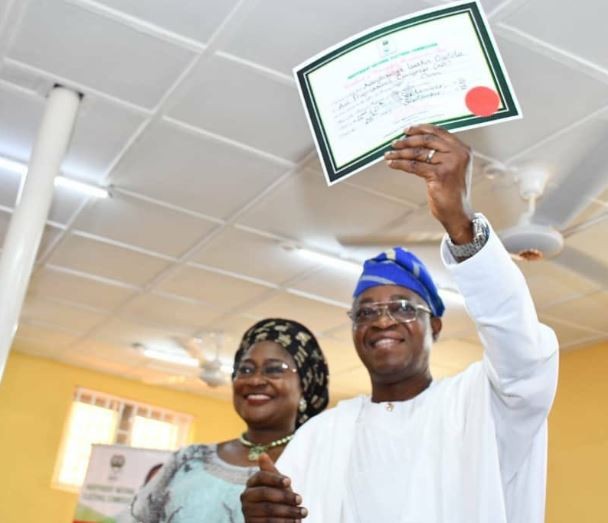