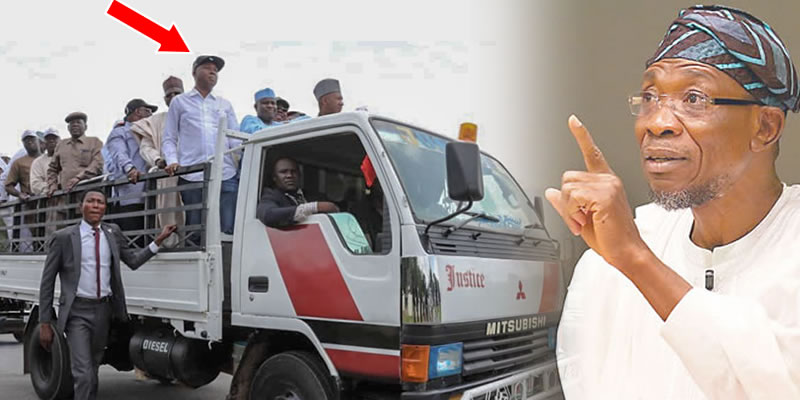 Osun State Governor, Rauf Aregbesola, on Friday described leaders of the opposition Peoples Democratic Party who protested to the headquarters of the Independent National Electoral Commission over the conduct of the state governorship election as “mentally unstable.”

Aregbesola described participants of the protest as ‘mentally unstable’ in an interview with State House correspondents shortly after he formally presented the Osun State governor-elect, Gboyega Oyetola, to President Muhammadu Buhari at the Presidential Villa, Abuja.

The President of the Senate, Bukola Saraki; Speaker of the House of Representatives, Yakubu Dogara, and the National Chairman of the PDP, Uche Secondus, were among the PDP leaders that staged a protest against the outcome of the election at the INEC headquarters in Abuja.

Leaders and members of the Peoples Democratic Party are currently protesting against the outcome of the Osun State Governorship election at the headquarters of the Independent National Electoral Commission in Abuja.

PDP leaders including Senate President Bukola Saraki, Speaker of the House of Representatives, Yakubu Dogara, and the national chairman of the party, Uche Secondus, led the protesters to the commission after they had earlier converged at the national headquarters of the PDP in Abuja.

The protesters are demanding that INEC should declare PDP candidate Ademola Adeleke as the winner of the Osun election.

The protesters are wearing  T-shirts with the inscription  “ the Nigeria Police and INEC are arms of the All Progressives Congress.”