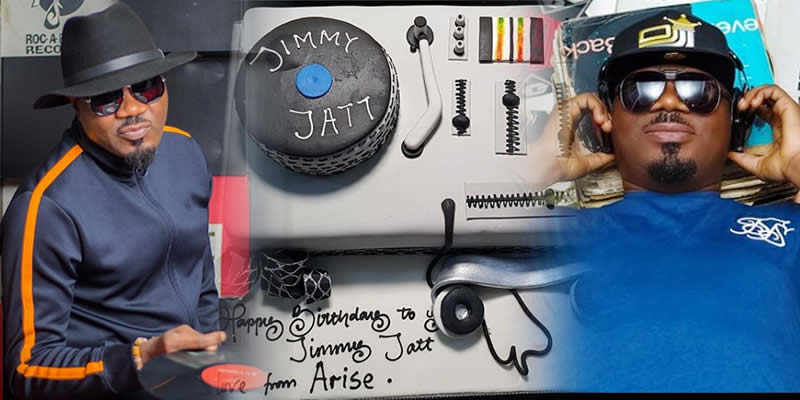 Legendary ‘Premium’ DJ, Jimmy Jatt is celebrating his 52nd birthday today. Oluwaforijimi “Jimmy” Adewale Amu, popularly known as Jimmy Jatt is respected as one of the pioneering hiphop DJs in Nigeria and he is regarded as Nigeria’s biggest DJ with over twenty seven years in the industry.

He began as a rapper known as Master J. After unproductively searching for a record deal, he became a DJ with the aid of his brothers. The acronym JATT represents his brothers’ names Jimmy, Amu, Tunde, and Tayo.

DJ Jimmy Jatt grew to become one of Nigeria’s hottest DJs, in the 90s and it is because of his branding and packing efforts during this period that he is regarded as a pioneer.

READ: ‘At this stage in my life, I can’t date a guy without a car, talk less of marrying him’ – Nigeria Lady Says

After instituting himself as Nigeria’s first DJ, he entered the history books in 2007 when he became the first Nigerian DJ to release an album ‘The Definition’ under Storm Records.

You may also like; ‘I gave over 2 years of my life to Lil Kesh but Olamide sacked me over a Twitter rant’ – Lil Kesh’s former manager