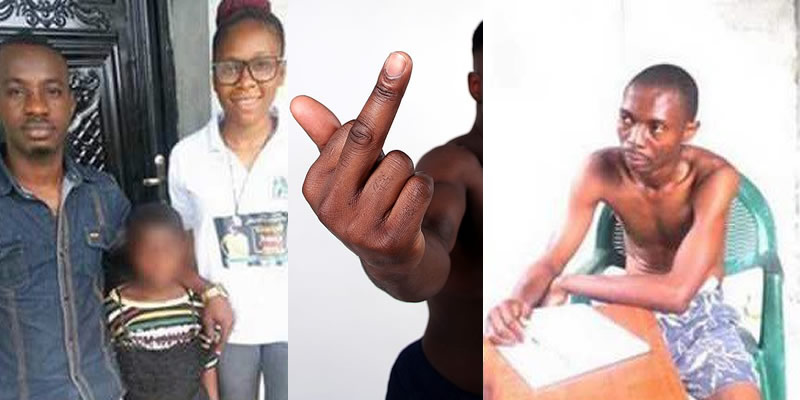 I only ‘fingered’ her, says Suspect arrested for raping girl in Delta State

A man has been apprehended and is currently in police custody for allegedly defiling a nine year old girl in Warri area of Delta State.

The police officers attached to B-Division Warri swung into action immediately the case was reported and tracked the suspected rapist known as Aghogho Matthew to his residence.

The officers went after him in the mid-night and arrested him just as he was preparing to escape on hearing that the police have been notified.

The alleged rapist said after his arrest that he only used his fingers for the act contrary to doctors’ report that revealed there was penetration.

The suspect has been detained at the police station and would be charged to court as soon as investigations are concluded.