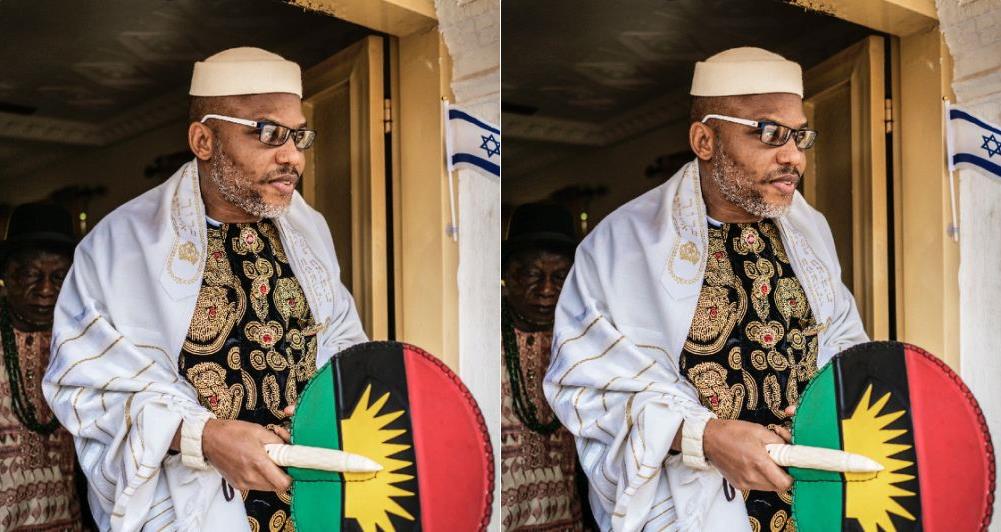 Kanu who resurfaced in Jerusalem last Friday after he went missing for over a year, made the vow during a live broadcast on Radio Biafra yesterday October 21st.

Recall that the Federal Government charged him with treason but Justice Binta Nyako granted him bail after 18 months in detention.

Kanu flouted all the terms of the bail before the military invaded his Abia residence on September 14, 2017 after which he fled the country and resurfaced last Friday in Jerusalem.

In his live broadcast, Kanu said the Nigerian courts do not have the capacity to try him. According to him, there is something fundamentally wrong with the brains of those that rule Nigeria.

“The Nigerian court is a Kangaroo court. I did not jump bail, I left because the court failed to protect me. I shall not be honouring the court. I cannot be tried by a court I do not recognise. The zoo called Nigeria cannot jail me. I will fight till the last day. Till now, Binta Nyanko’s court has yet to hold a hearing about the circumstances that led the Nigerian Army to come to my house to kill 28 people. Only upon a clear pronouncement of the intentions of that very court, which I suggest to them should be free, will this very case move forward. Going forward, there must be guarantee from the international community so that this case can proceed and I will prove once and for all that there is something fundamentally wrong with the brains of those that rule Nigeria.”