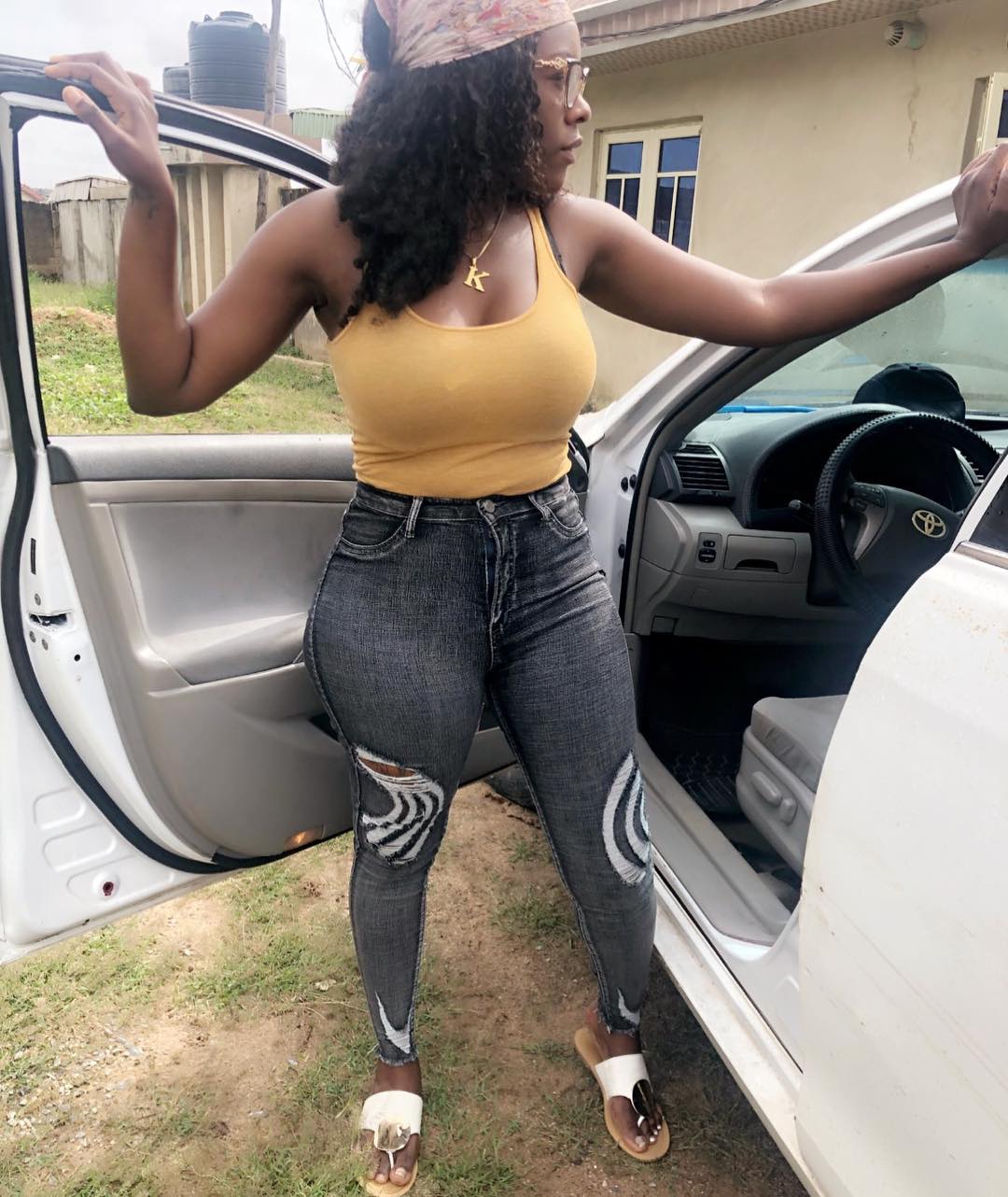 Fast rising Yoruba actress, Bukola Olaoluwakiitan has revealed in a recent interview that she would always pick money over sex.

Beautiful, determined and talented, the business management graduate of University of South Africa and Osun State Polytechnic is fired up to do battle with the best in the trade. Here, she talks about her career, love, s*x and much more.

What lured you into acting?

I have always had passion for it but I didn’t take it seriously when I first started. I hardly take things seriously, but fortunately one of my friends came hard on me and insisted I should give it a shot since I have all it takes to be a success in the craft.

Even when I told some of my friends who were already in the trade, they simply laughed at me because they never saw me as an unserious type.

How did you get your first script and what was the experience like?

It wasn’t so hard, it was my friend’s production. My character was a funny one because it entails playing the role of a university student trying to seduce her lecturer to have sex with her, so as to get good results. I played the role very well and people around find it hard to believe it was my first time acting

When exactly did you start and how many movies have done to date?

I have acted before in the past 2009/10 but then itâ€™s just for fun was playing around never serious , my acting job started fully this year, took it as a career this year May and have been in like 30-35 movies already …

Ever since I started I have been moving from one location to the other. No rest at all. It is as if I have been trying to catch up on the time I lost when I wasn’t serious about it. I have not slept much since I started and I can’t remember how many times I slept at home.

How many lead roles have you taken and have you produced a film of your own?

I have not played any lead role yet but I’m seriously working on my own production already. I just unveiled my own clothing line called Kiitan Visuals. Watch out, it is going to be something refreshin, a break from the norm.

In the Yoruba industry, everyone seems to have been trained by a master or belongs to a group, what about you?

I don’t belong to group , I belong to everyone, but I have people I appreciate, respect and can never take for granted. These are people who have high hopes for me, advise me and tell me to focus and know what I really want for myself. People like Barrister Femi Adebayo is my father in the industry; including directors like Okiki Afolayan, Tolu Elijah and many others. I respect everyone that has impacted in my life one way or the other ..

How do you manage competition and jealousy in the industry?

READ ALSO: How my boyfriend’s other girlfriend and I became close friends – Nigerian lady

I’m not in a competition with anyone, I do me and I focus on how to better myself. I don’t try to be like anyone. Even when such matters arise,the best thing to do is to ignore it and be you. Of course such have come my way, if no one is jealous of you it means you not doing well enough, greatness comes with jealousy.

So, you have never had an issue with a fellow actor?

Disagreements are bound to happen among people who have common interest but that should not lead to bitterness. I have grown up enough in the industry to know when to fight and when to walk away. When I realise there’s jealousy in the air, I manage it with maturity. Right now I don’t have any beef with anyone. I’m cool with everyone.

As a beautiful woman, how do you handle male advances?

It’s a matter of yes or no, no one can force anything on me. I appreciate people who come to me. It is something some women desire and never see . Even if I can’t date you, I would rather take you as a friend instead of ignoring you or being rude. I’m not rude and I don’t look down on guys who come to me.

What about the persistent ones who want to go out with you at all cost?

No one can force me to do what I don’t want to do. If I feel you are getting desperate, I will simply block you off. There’s no need being rude.

Why is it that there so many baby mamas in the Yoruba sector?

Baby mamas are everywhere, ours is only obvious because we are in the limelight. Moreover, as an actor it takes the grace of God and understanding to keep a home because we are always at locations. It is only an understanding man that can stand the nature of our job. Leaving your husband and children alone at home for weeks while staying in the hotel is something most men cannot bear.

Have you ever dated an actor?

I am more focused on my career right now ,I don’t want to be distracted.

So, you don’t need a man in your life right now?

I need a man no doubt but I don’t want to put that in my head right now and forget other things. I am a lover girl I love like a fool when I am in love. When I am in love I always want to please my man, even to the point of displeasing myself. If I want to take a decision I always ask my man first, which always affect me in the end when we break up.

What’s more important to you in a relationship; love, sex or money?

All of the above are important but money comes first, no lies because without money to maintain love it can become sour, everyone likes good things.