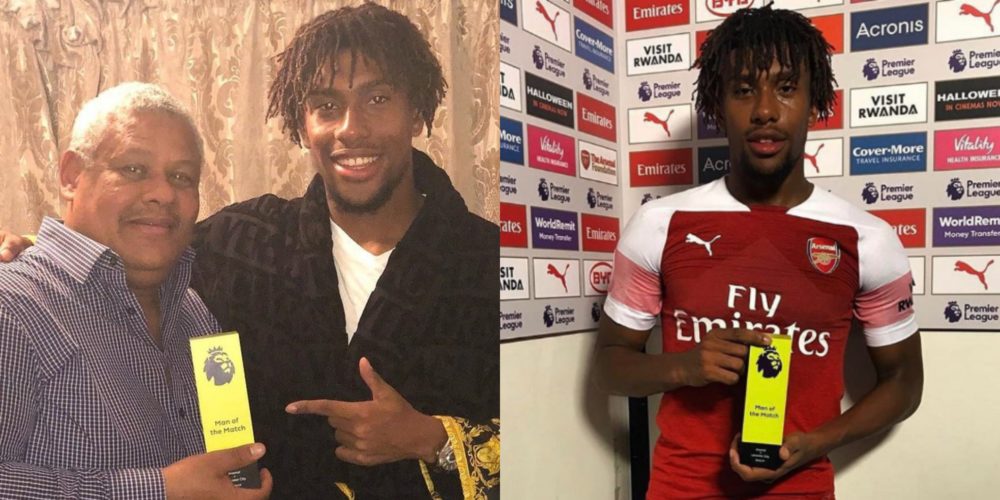 Nigeria international Alex Iwobi was voted man of the match after inspiring Arsenal to 3-1 victory over Leicester City at the Emirates Stadium on Monday night.

The Gunners came back from one goal down to win their tenth straight games in all competitions despite kicking off the season on a shaky note.

Claude Puel’s men took the lead after 30 minutes of play through an own goal from Hector Bellerin.

But a brace from Pierre-Emerick Aubameyang and one from Mesut Ozil ensured the north Londoners continued in their superb form since their last defeat to Chelsea earlier this season.

Meanwhile, the Super Eagles attacker, Iwobi, created a short and funny video presenting his dad with his man of the match plaque.

“Congratulations daddy, you are man of the match, what do you have to say?” Iwobi said in a short video he posted on his official Twitter handle after the game Chuka Iwobi in response said that

“Thank you I had a good game and I was expecting to be the man of the match and (laughingly said) no apologies to anybody, safe.”

Watch the hilarious video below: