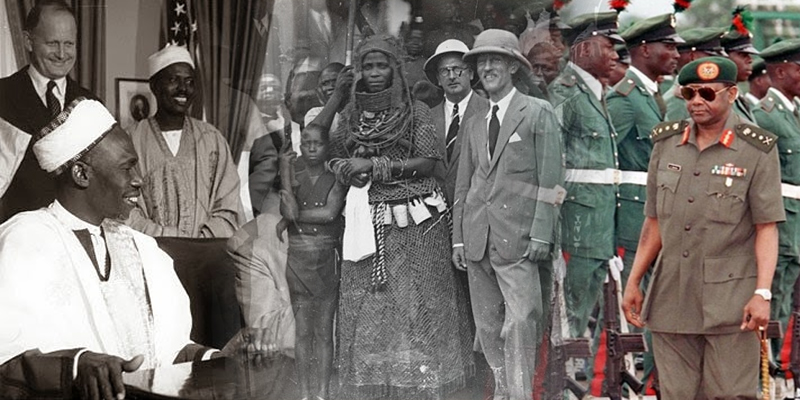 To make government happen, to ensure that anarchy does not become the order of the day, several nations constantly look to adopting a good system of government.

Nigeria is no exception. Right from 1960 when the country gained her independence, several systems of government have been practised. Most often, the governmental institutions put in place are usually swapped and changed every each time the constitution is changed.

Some times, though, the Nigerian polis has found itself practising a particular system of governance by a sheer incidence. For instance, upon emerging free from the shackles of colonialism, the country who is now 58 years old held on to the tenets of British rule and administration.

It was not until 1963 when Nigeria became a federal republic that a switch to the American system of government was made. But then, even in the middle of all these turns taken between all these adopted systems of governance, Nigeria had their own thing going for them.

In light of this, the importance of knowing all the various types of government practised in the Nigeria of the past and the country as we know it now cannot be overstretched. Thus, this compilation will do well for those who are enthusiastic about reaching into the political depths of this great nation.

This inadvertently has been the way of ruling people in the country from the beginning of times even before the name Nigeria came to be adopted or British colonialism swarmed the country in the late 19th century.

The old Nigeria was divided into various ethnic groups and geographical partings, and for every of these places, there was usually a head to rule. These rulers who were mostly males were usually succeeded by their first male sons or another successor from a family that had earlier been determined to rule.

For one, the Oyo empire was ruled by the Alaafin of Oyo. Later on, there was the Olu of Ibadan. Kingdoms like Benin, , Kanem-Bornu and Sokoto were also ruled by men who successively hand over powers to their sons.

This is not without saying that these monarchical set ups were authoritarian in nature. There were also political structures that performed checks, balances and other legislative roles to the monarch.

The Sokoto caliphate, for instance, was split into emirates. The Emirs were loosely subordinate to the overall Sultan of Sokoto even though they could act as independent rulers sometimes.

For instance, apart from the chiefs and assistants the Alaafin of Oyo had, he was also usually checked by a group of seven powerful men called the Oyo Mesi.

These people prevented the king from being an autocratic ruler, and if he did anything outside the laid down rules, he was usually forced to kill themselves. Although the monarchical rule is still practiced in some states, it is rarely pronounced as it used to be. In fact, the king of Swaziland is the last absolute monarch left in the whole of Africa.

It must needs be mentioned that not every state or community in the pre-colonial era practised the monarchical system of government. A good example is the Eastern part of Nigeria.

Back when there were no colonial rulers imposed on them, the people in the East were ruled and governed by what was called the acephalous political system. What this meant that they subscibed to ‘a leaderless or chiefless political system’.

By way of saying, people from those areas rarely had a king or someone who headed them literally. Rather, each large family was seen as a political unit. Heading every household is a family head who is usually the oldest man in the family. This person who held what was called the Ofo was responsible for making decisions regarding the family.

When a matter has to do with the entire village, the family heads for each household organise a council of elders meeting and they discuss the issue and decide on it directly with a leader amidst them called Okpara heading the proceedings. Also, the entire village can also be allowed to have a say. This is usually called direct democracy.

Another political type amongst these Eastern people is by means of what is called Ozo title. This title which was usually expensive to obtain gave someone the prerogative to be amongst a politically motivated group that made decisions.

It might not necessarily be known by many Nigerians but even when Nigeria gained independence, the country still went on to adopt the system of government practised by the colonial Britain.

Nigeria in following this pattern made Nnamdi Azikwe the ceremonial president while Abubakar Tafawa Balewa was the prime minister. This coalition was made due to the coming together of two parties.

Also, rather than have elected representatives in a federal or state House of Assembly, people were appointed to be decision makers within a cabinet.

It was not until 1963 that Nigeria became free from the dominance of the British. When this happened, the country decided to adopt a system of government where there will be elected heads; presidents and governors alike.

This pattern was adopted based on the popular American system of government coined from Abraham Lincoln’s democracy. The newly adopted democratic, presidential type of governance produced the first president who was Nnamdi Azikwe.

However, in between the First, second and third republic, another ‘system’ of government – the military rule – happened one too many times. In this case, officers and generals in the Army took over from the civilian rulers.

This they supposedly did to stop corruption and foster nation building. Howeverm what eventually happens is a dictatorial rule that was largely subversive. The first coup d’etat happened in January 1966 and it gave rise to the leadership of Late Major General Johnson Aguiyi-Ironsi. He was later overthrown by Late General Yakubu Gowon.

Presently, Nigeria practices the federal system. In this regard, the president is both the head of state and government, and there are three arms and tiers of rules by which the country is ruled.

President Muhammadu Buhari is currently the federal head of state and government. An election bound to be held in the year 2019 will unveil the new president.

However, a popular man said that the government even in its best state is a necessary evil, and in its worst state, it is an intolerable one. It is thus no surprise that whatever system of government has been practiced, many Nigerians still are not satisfied with the way the country is being ruled and the one word they cry for is ‘change’.