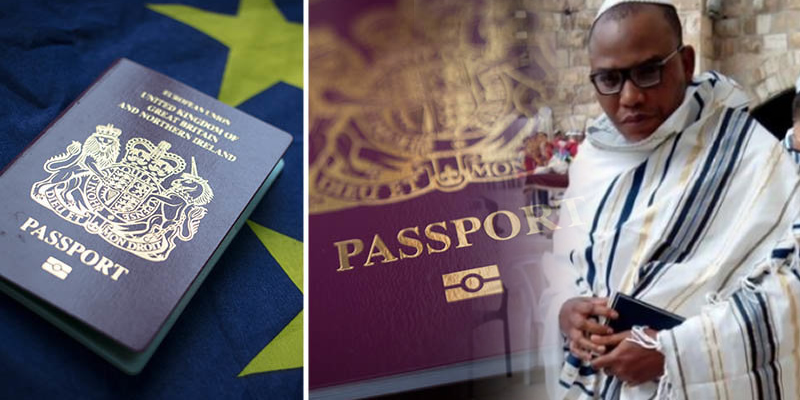 British authorities have briefed the Nigerian government about the temporary travel documents they were about to issue to Namdi Kanu, who holds a Nigeria-U.K dual citizenship.

According to a report by Vanguard, a source privy to the British arrangement but spoke on the condition of anonymity, disclosed this to journalists Tuesday night in Abuja. According to the source, the British authorities said that they have the best intentions towards the Federal Republic of Nigeria.

Meanwhile, the Presidency has maintained that the President is capable of handling any security issues that could come up from the threat by the IPOB leader, Nnamdi Kanu who was quoted to have said that he was coming back to the country with ‘hell’.