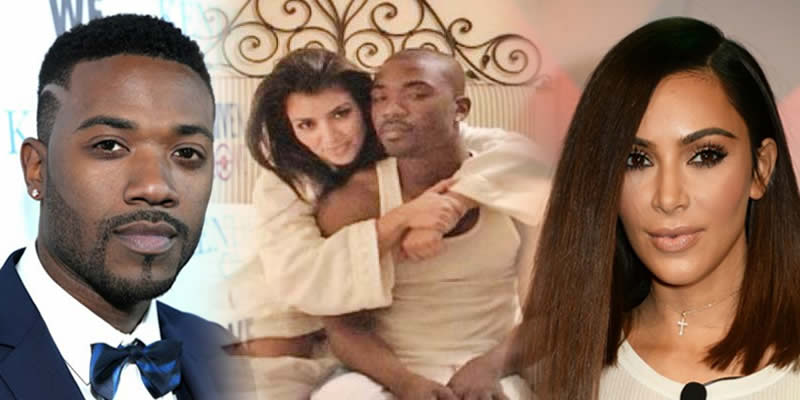 Love & Hip Hop Hollywood star and singer, Ray J, who dated Kim Kardashian between 2005-2007, has revealed some of the dirty intimate secrets about his ex-girlfriend.

Speaking during a boozy night out in London on Thursday night, Ray J who has a sex tape with Kim told party-goers that he had “no regrets” about his time with the reality star.

He revealed how selfie-obsessed Kim would touch-up her make-up before, during and after sessions, take phone calls from her mum whilst doing the deed and prefers to drink only Cristal champagne, according to The Sun.

READ: Man lands in hospital after sleeping with a ‘Muscular Lady’ from a blind date

“Kim and I had fun times – marathon sessions. But she didn’t like getting sweaty and would stop to do her make-up if she did.

“She liked to look dope during sex, the right lighting, setting the mood. She was wild – there was a red Louis Vuitton trunk of sex toys.

He also added she would only drink $300 Cristal champagne that was perfectly cooled to 22 degrees.

“She would order out for pizza, the only thing not working up a sweat was the Cristal cooled to 22 degrees… her mom would call and she would nearly always take it.”

During the wild 12-hour party session, Ray also talked about Kim’s wild spending habits claiming she racked up around $100,000 on “floss” – the American term for thongs. You may alsolike to read; ‘I Was N*ked When President Trump Called Me’- Kim Kardashian Reveals