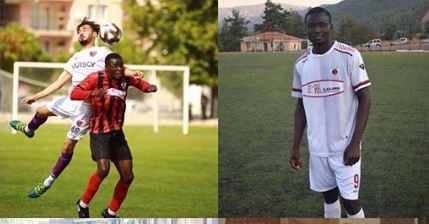 According to Euronews, Mawoyeka, 23, slumped in the 35th minute of play at the Servergazi Stadium.

It was reported that Mawoyeka was rushed to the hospital in an ambulance but he died en route.

His death led to the postponement of the match.