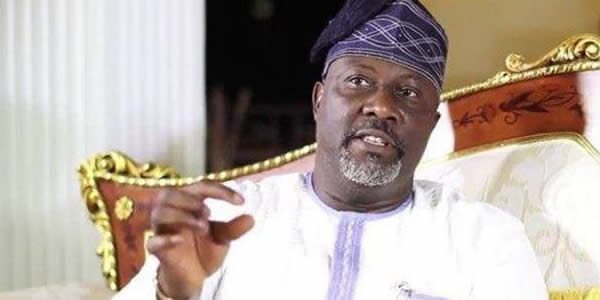 The trial of the Kogi East Senator, Dino Melaye, before the High Court of the Federal Capital Territory in Maitama, Abuja, was aborted shortly after it commenced with the testimony of the first prosecution witness on Tuesday.

The case involves two counts in which Melaye was accused of deliberately giving false information to the Police to frame the Chief of Staff to Governor Yahaya Bello of Kogi State, Mr. Edward Onoja David, in an alleged assassination attempt on his (Melaye’s) life.

The Police said they discovered the alleged falsehood in Melaye’s claim while investigating the alleged attempt on his life at his hometown in Ayetoro-Gbede in Kogi State.

The senator, on March 1, 2018, pleaded not guilty to the charges filed against him by the Office of the Attorney-General of the Federation in January 31, 2018.

At the resumed hearing in the case on Tuesday, the prosecution called David, who is the nominal complainant, as its first witness.

David, led by the prosecuting counsel, Chika Nnana, had entered the witness box and was introducing himself and his roles as the Chief of Staff to the Governor of Kogi State in the witness box, when the defence counsel, Mr. Olusegun Jolaawo, raised an objection.

Jolaawo noted that he had searched the proof of evidence and could not find David’s statement, adding that allowing the witness to continue his testimony without the defence having prior knowledge of his evidence would breach Melaye’s right to fair hearing.

READ: How I escaped from kidnappers sent by Okorocha – Senator Uzodinma

He said, “From the copy of the proof of evidence, there is no statement on him on record as required in the extant provision of the Constitution, Section 36(6) thereof, and Section 397 of ACJA to the effect that defendants must give all materials necessary to enable him to conduct his defence.

“This is the position of the law.”

The judge, Justice Olasunbo Goodluck, also noted that the said copy of the said statement was also not included in the court’s copy of the proof of evidence.

She requested that the matter be stood down for five minutes to enable her to serve the document on the defence.

Opposing the application for a stand-down, Jolaawo said the proper thing the prosecution needed to do was to file a motion seeking the court’s leave to file additional proof of evidence in which the statement could be included.

The defence lawyer said that would take more than five minutes the prosecuting counsel requested.

Nnana was then forced to ask the court for an adjournment.

The judge, who expressed dissatisfaction with the attitude of the prosecution, agreed to adjourn the matter till December 5 and 13.

She warned that the prosecution must file the motion and serve it on the defence ahead of the December 5 proceedings. You may also like this one; 2019: NNPC denies funding Buhari’s re-election campaign