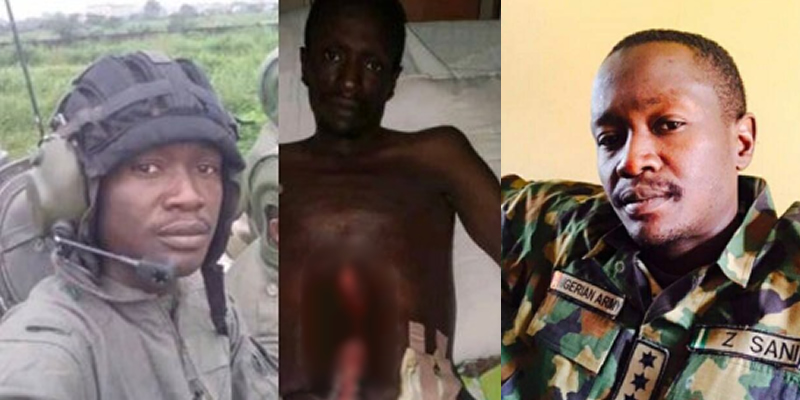 Army reacts to the case of Nigerian soldier, Captain Zakari Sani who is reportedly abandoned in Hospital

Captain Zakari Sani who is in the Operation Whirl Stroke stationed in Benue was wounded in an ambush, alongside other officers.

The Defence Headquarters In a series of tweets via its verified Twitter handle @DefenceInfoNG on Tuesday said that “a very courageous and hardworking officer, Zakari Sani, was ambushed alongside other soldiers in Benue, while on Operation Whirl Stroke”.

It noted that Sani was badly wounded and was evacuated to Benue State University Teaching Hospital, Makurdi, where he was initially stabilised and later evacuated to Ceda Crest Hospital in Abuja, for higher management outside of the operations theatre.

“Ceda Crest Hospital is one of the best hospitals in the country as at today. The team of doctors and other medical staff, including expatriates, are attending to the officer whose situation, though serious, is getting better by the day,” the tweet said.

The DHQ said that Sani has undergone several medical procedures which have helped to stabilise him further. It denied allegation that the wounded officer had been taken out of the country, saying, “Information given about Captain Zakari may be intended to ensure he gets the best of medical attention, but the narrative is not true. “If he had been hurriedly taken out of the country without the stabilisation treatment according to medical advice, the outcome may not be certain.”

Below is the earlier accusation online

Two Nigerian men fighting on the street arrested in Cambodia