Two Nigerian men fighting on the street arrested in Cambodia

Two Nigerian men were arrested on Monday, November, 5, for fighting on the street of Phnom Penh, Cambodia. 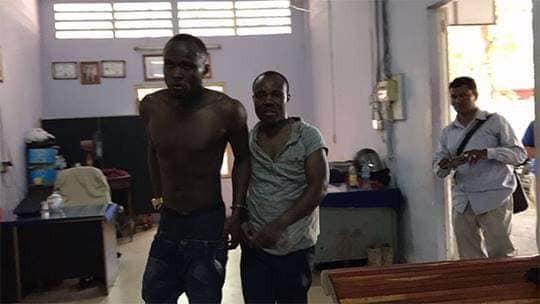 According to reports, the two Nigerian men alongside one other black man were engaged in a fight when locals called the police. The third man managed to escape while the duo were arrested and sent to immigration department  for interrogation.