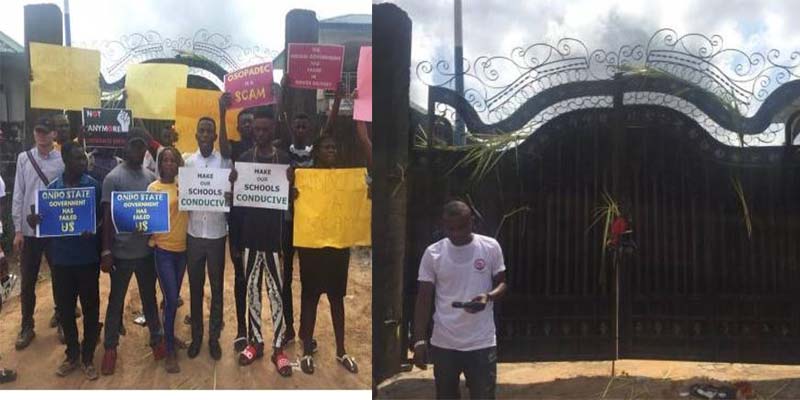 Angry protesters from Igbokoda in Ilaje Local Government Area of Ondo State are protesting over the continued abandonment of projects by the Niger Delta Development Commission (NDDC) as they paralysed activities at the office of the NDDC and sealed off the main gate with charms to prevent staff from entering.

They were armed with placard bearing different inscriptions such as ‘NDDC Is A Scam’, ‘Govt Has Failed Us’, ‘OSOPADEC Is A Scam’, ‘NDDC Is A Curse To Ilaje’, ‘Make Our Schools Affordable’, among others chanting solidarity songs, the youth complained that lots of “multi-billion naira projects” are currently littering the oil-producing communities and being abandoned by the NDDC. 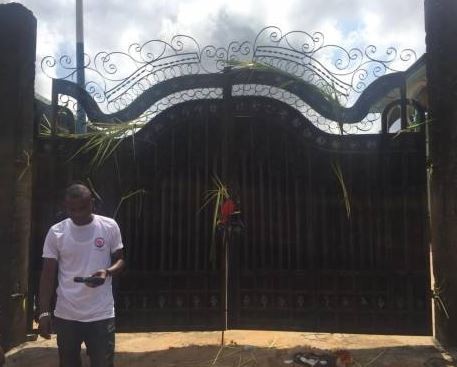 Juliet Ehinmowo, the leader of the protestors, decried the high number of projects abandoned by the NDDC in Ilaje community and noted that it has hampered development. She spoke about the need for the Federal Government to critically probe the activities of NDDC in Ilaje communities.  “The NDDC has been a curse to the people of Ilaje and not a blessing as our communities are on the brink of extinction because of the persistence of the sea incursions,” she said. 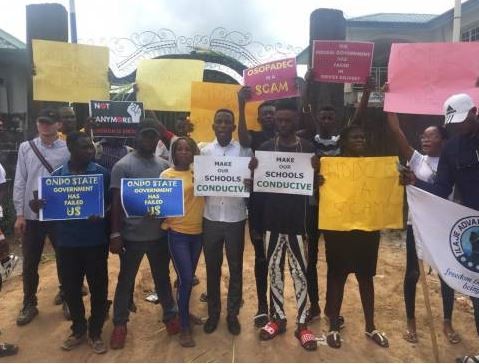 “What the NDCC only does in Ilaje is to erect signposts with the inscription of multiple billion naira contracts and they have turned Ilaje to a dungeon by littering our land with so many ghost projects. So many abandoned projects every where. When you see documentaries in the media, you would notice that Ilaje community is nowhere to be found on list of completed projects.

NDDC has not done any meaningful project in Ilaje for years and yet our people are suffering. Our land is not good for farming and that is why we into fishing. We are using this period to tell the FG to call the commission to order and let them come to our land and develop the community. We can’t continue to open our eyes and leave our land to be destroyed by the sea incursions and untowards attitude by the NDDC.”

Comrade Bola Iwaloye, one of the protestors, disclosed that no project carried out by the NDDC had ever been completed in the oil-rich communities. He said that the youth in the communities have given those representing the board of NDDC the time to do the needful or see their wrath.

“Those people who are representing us on the board of the NDDC should do the needful and if they fail to do it. They would see the wrath of the masses of the Ilaje people. We are also begging the Federal government and even the EFCC to look into the activities of the NDDC in Ilaje Local Government because the commission is not working” he said.

2019: Tinubu made a “foolish mistake” with Buhari, Yorubas will vote Atiku – Afenifere

Tragedy As Promising Corper Dies Of Malaria In Kwara (Photos)