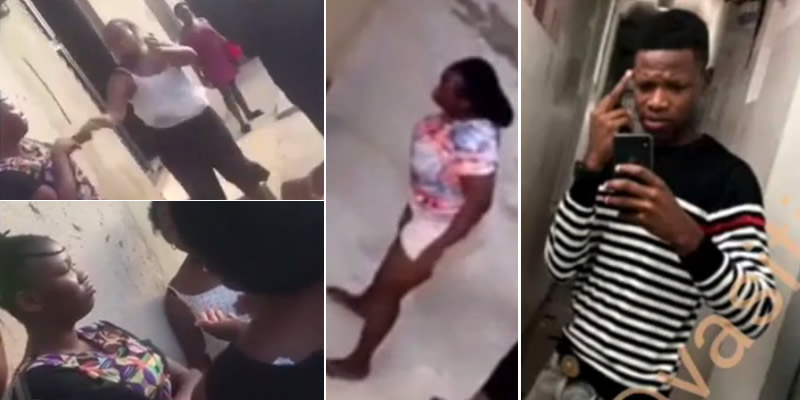 A boyfriend-snatching allegations reportedly led to a fight between Olabisi Onabanjo University, OOU students this morning at Limelite hall.

One of the OOU students involved in the fight identified as Bolu, was accused by one Blessing, Bolu of sleeping with her boyfriend, Saheed, on multiple occasions, under the guise of marketing some products to him.

The door of Bolu’s hostel room was reportedly broken down, as Blessing led her team in as early as 6:30a.m. It was gathered that Bolu admitted to sleeping with Saheed only once, however Blessing insisted that they did it many times even on her (Blessing’s) bed.

When you talk too much you get yourself in trouble, BBNaija’s…

8 most handsome bachelors in Nigeria at the moment